The 29-year-old had been wanted since February after Renton Police say he shot a man multiple times outside William's Pub. The victim survived.

FUGITIVE UPDATE June 8, 2018 --
Renton shooting suspect, Steven Shannon, has a $250,000 warrant for his arrest and now has the U.S. Marshals led Pacific Northwest Violent Offender Task Force asking for the public's help to find him.

Shannon should be considered 'armed and dangerous' and detectives say he cut his dreads and has short hair now, so the photo on the right is how he may now appear. 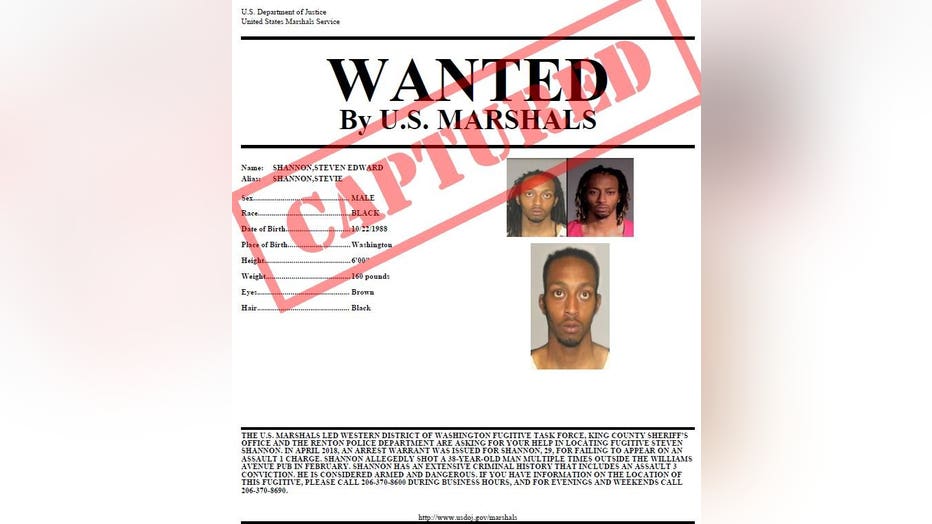 FUGITIVE WANTED IN RENTON February 7, 2018 --
Renton Police are asking for the public's help to find the suspect accused of shooting a 38-year-old man multiple times outside the William’s Avenue Pub at about 1:15 a.m. Sunday.

Detectives say the preliminary investigation revealed the victim and lone suspect were arguing just before the shooting.

"We don’t know what tipped this man off, got him angry but apparently it was a minor argument,” said Renton Police Commander Dave Leibman.

Surveillance video shows Shannon following the victim out of the pub and then around the corner just south of the bar. Officers responded to calls of shots fired and found the victim in the parking lot.

Medics took the victim to Harborview Medical Center where he remains in critical condition. Detectives say the video helped them identify Shannon as the suspect.

“He has done violent assaults before. He has a fairly extensive criminal history. In this case, he shot a man in cold blood on the street and left him to die. This is a person who is very likely to do something similar again,” Leibman said. 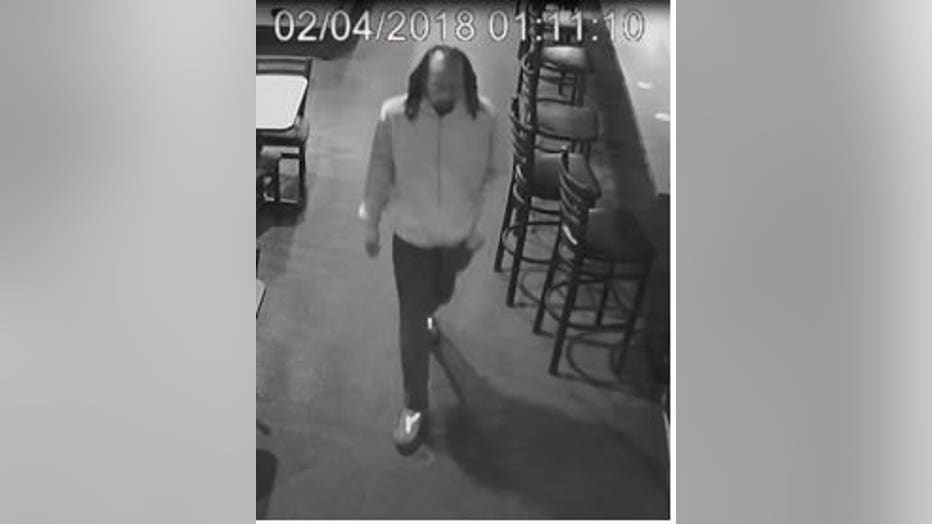