TACOMA -- Tacoma Police are asking for the public's help to find a suspect accused of trying to rob a Girl Scout and her mother who were selling cookies at the Fred Meyer at 7250 Pacific Ave on March 10th.

Detectives say 23-year-old Roman Anthony Mira aka 'Roman Mira has been identified as the primary suspect. Police say that's him pictured on the right in the surveillance photos.  Officers have not been able to locate him and believe he may have left Tacoma.

Pierce County Prosecutor Mark Lindquist has charged Mira with Attempted Robbery in the 2nd Degree and a warrant has been issued for his arrest.

Court documents show Mira told the victim, "Give me the money and you and your daughter won't be hurt, no one will get hurt."

"We've not been able to identify the second suspect yet so if people do recognize who Roman Mira may have been hanging out with from the photograph, please call in those tips," said Officer Loretta Cool. 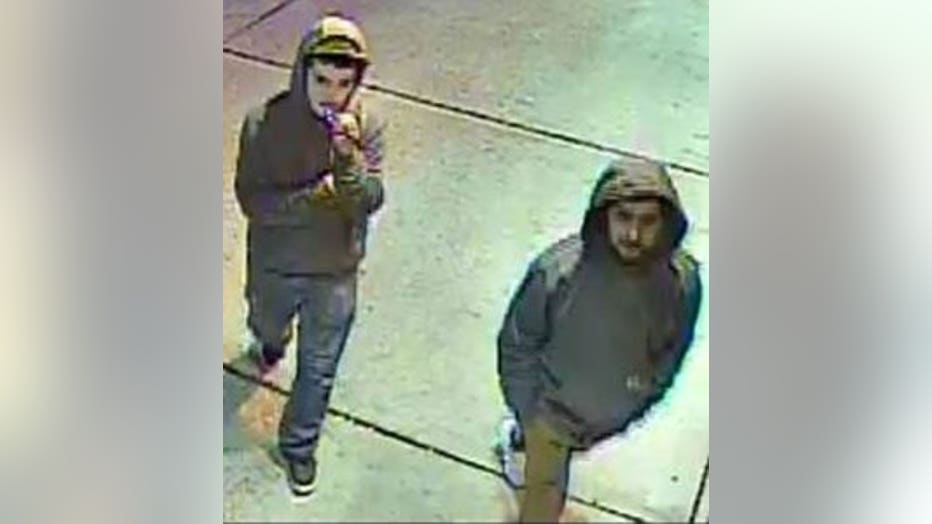 Mira is 5'04", 135 lbs with brown hair and eyes. There is no vehicle information and police have no address for him.

If you can tell officers where to find Roman Mira, call 911 or Crime Stoppers of Tacoma-Pierce County at 1-800-222-TIPS (8477). You can also submit tips at www.P3Tips.com. It is anonymous and there is a cash reward of up to $1,000 for information that leads to his arrest.