CAPTURE UPDATE April 5, 2019 --
Seattle Police say detectives have arrested a suspect in the case and are releasing more information at 2:30pm.

----ORIGINAL STORY----
SEATTLE -- A developmentally disabled man who was beaten with a baseball bat by a stranger in Rainier Beach won't be returning to work anytime soon. Wednesday, Ray Pieczynski's sister started a GoFundMe account for him. 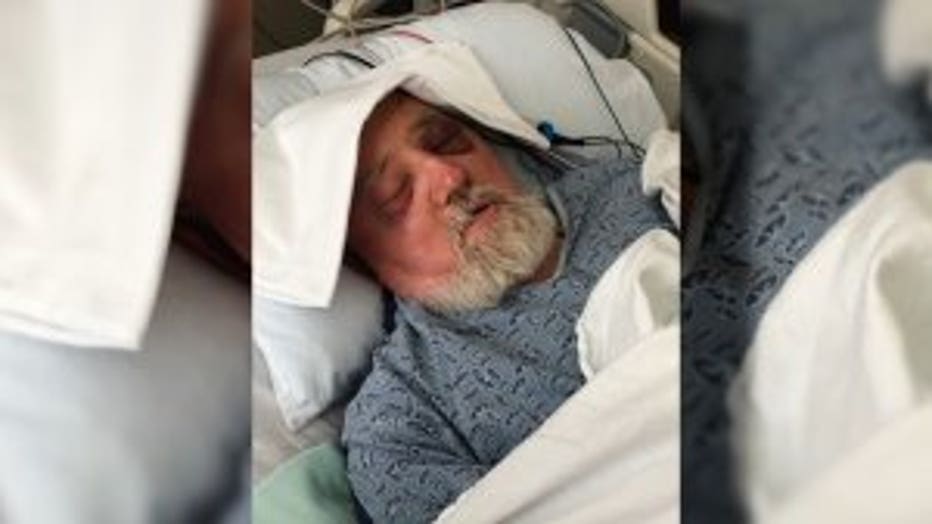 Ray Pieczynski recovers at Harborview Medical Center in Seattle after being attacked by a man with a baseball bat.

Ray is the sole breadwinner for his twin brother, who is also developmentally disabled. They live at poverty level but were able to make ends meet with Ray's part-time work as a courtesy clerk at Safeway.

He can't work now and the bills are piling up. He has another surgery ahead on his skull and his hearing has been seriously damaged from the attack.

Ray was waiting at the bus stop to go home when police say a black man around 35 years old got out of late 1990s to early 2000 gold Ford Contour and hit Ray in the head with a bat. Ray fell in the road and was found bleeding with his head in the gutter.

Authorities on Wednesday released new photos of the vehicle:

"We think it's horrible. We don't understand and we couldn't imagine why him," said Safeway Store Director Chelle Jackson.

She visited Ray yesterday. His job at the store is to bring in the grocery carts and make sure that all the trash is picked up. She said he is loved by everyone.

"Raymond is awesome. He's very committed to his job. He's always on time if not early," said Jackson.

If you have any information in this case please call the SPD Violent Crimes Tip Line at 206-233-5000 or if you wish to remain anonymous and receive a cash reward of up to $1,000, submit a tip to Crime Stoppers of Puget Sound at www.P3Tips.com or by calling 1-800-222-TIPS (8477). You can also download the P3 Tips App to your cell phone for free and send any photos and info directly to detectives.

To be eligible for the reward, you must submit the tip to Crime Stoppers even if you work directly with police.