Lacey Police detectives tracked Level III sex offender Patrick Middleton to Reno, Nevada. With the assistance of Reno P.D, they located him in a casino where he was taken into custody.  He is being held in the Washoe County jail awaiting extradition proceedings to Washington State.

The 35-year-old has been wanted In Lacey since December when he cut off his GPS tracking device and went on the run after he was charged with two counts of Child Molestation 1st Degree.

He has previous convictions in Texas for Possession of Child Pornography and Criminal Solicitation of a Minor to Commit Aggravated Sexual Assault in 2007 and an additional conviction for Voyeurism in 2018.

FUGITIVE UPDATE Dec. 20, 2019 --
Lacey Police detectives tracked this convicted sex offender charged with 2 counts of child molestation to a hotel in Hillsboro, Oregon on Friday, but Patrick Middleton was gone before law enforcement could get there.

It's confirmed that he was in Tumwater from Dec. 16th to the 18th before he and a woman went to Hillsboro.

They say he cut off his GPS tracker and is wanted for 2 counts Child Molestation 1st Degree.

"Patrick Middleton is a registered sex offender already. He came down to Lacey, re-offended again, so when he was to be contacted, he actually cut off his ankle bracelet and escaped community custody," said Lacey Police Det. Jon Mason. "This guy knows that he's wanted. He has a warrant out for his arrest. And we're out there looking for him because he's dangerous."

Middleton was last known to be in King County but has ties up and down the I-5 corridor and frequents hotels. He may be with a woman.

He has previous convictions in Texas for Possession of Child Pornography and Criminal Solicitation of a Minor to Commit Aggravated Sexual Assault in 2007 and an additional conviction for Voyeurism in 2018.

Middleton is 35 years old, 5'7" and 185 lbs. He has an owl, a watch and clovers tattooed on his shoulders and a skull inked on his neck. 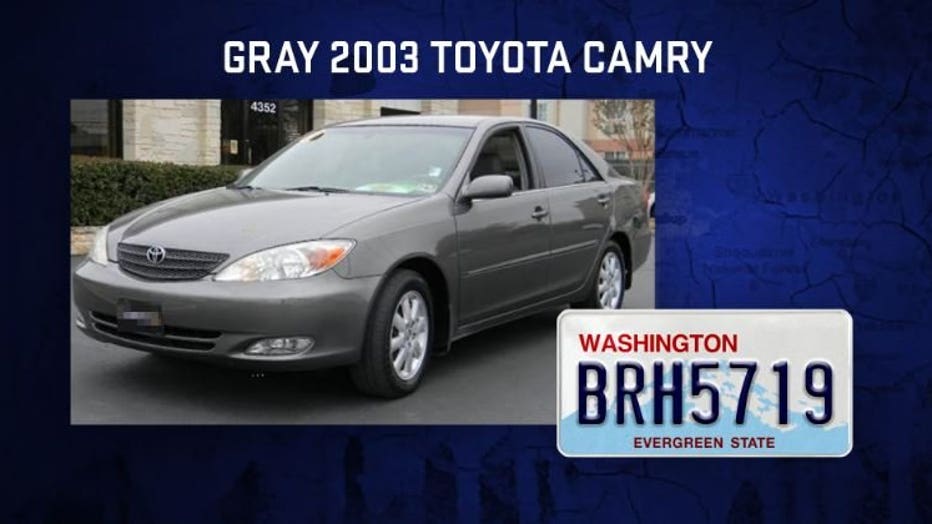