Jonathon 'Lexi' Zupan made his first court appearance on Tuesday and was held on $200,000 bail for two counts of Robbery in the First Degree.

Detectives say late Monday night, Langley Police Ofc. Shoudy spotted a vehicle with no lights on parked on a dirt road next to the gas station's parking lot. The officer recognized it as being linked to a suspect he knew to be a person of interest in the robberies in Clinton.  Officer Shoudy made contact with the suspect, who Island County detectives identified as Zupan, 24. The officer said Zupan closely resembled the suspect he'd seen in the surveillance videos from the two robberies. Zupan was wearing a gray hooded sweat shirt similar to the one seen during the robberies. As more officers responded, they say they saw a black jacket and a handgun partially obscured under the front seat. Both appeared to be the same ones used in the robberies.

Zupan was taken into custody without incident and booked into the Island County Jail.

The vehicle was taken as evidence and detectives say they located the clothing and the handgun that was used in both the October 31st and November 12th robberies. 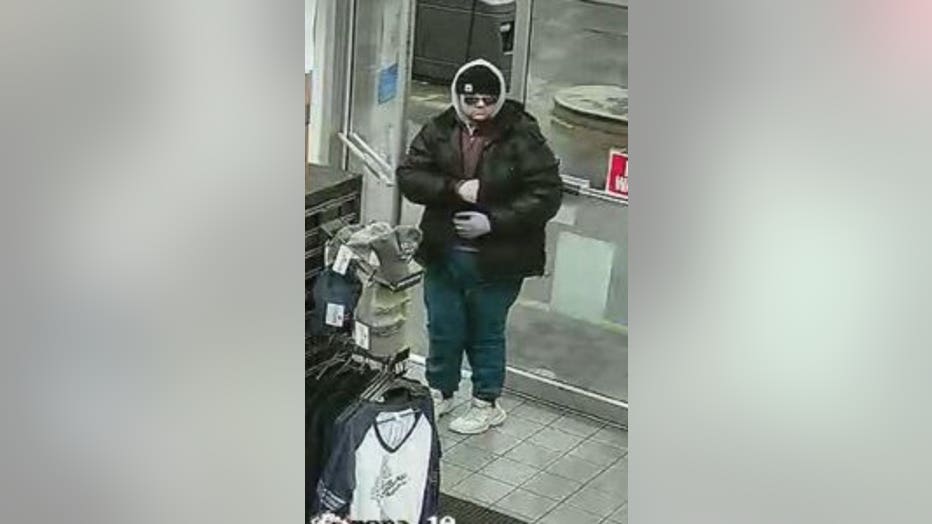 Sunday night at approximately 10:15 PM, the suspect entered the Naomi's gas station in Clinton, brandished a long barreled revolver and demanded money and cigarettes from the clerk. The clerk describes the suspect as a white male, 5'8" to 6'00" tall, heavy build, wearing a black puffy jacket, over a gray hooded sweatshirt, a black beanie or stocking cap, aviator type sunglasses, turquoise sweat pants and white sneakers. The clerk stated that the suspect had a "chubby" round face and a light growth of facial hair.

The suspect in the November 12, 2017 robbery matches the suspect in the October 31, 2017 robbery at this location. “Brandished a long barrel revolver and demanded money.  At one point the suspect sweeps a bunch of stuff off the counter and knocks it on the floor, produced a bag out of their own pocket, clerk filled the bag, suspect fled the scene,” said Det. Ed Wallace.

One robbery is rare for Island County.  Two at the same store is unheard of. "We don't know. Is this person going to continue? We don't know what the situation is? I mean, anybody that is willing to come into a store and point a gun at somebody else to get money is dangerous and we want to get this person off the street," said Det. Wallace. 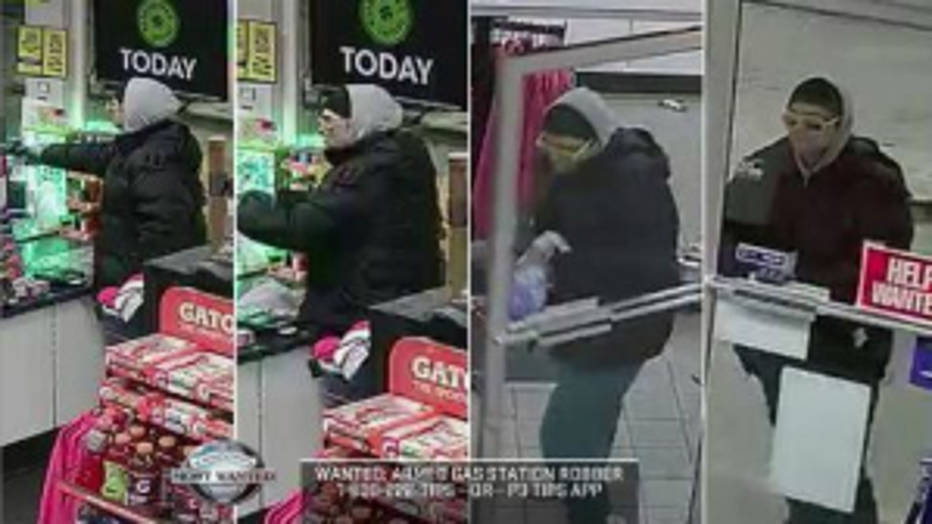 Anyone with information is asked to contact the Island County Sheriff's Office via the ICOM dispatch center at 360-679-9567 or via e-mail at tips@co.island.wa.us. If you wish to remain anonymous and receive a cash reward of up to $1,000, call the Crime Stoppers hot line at 1-800-222-TIPS or use the P3 Tips App on your phone or www.p3tips.com.