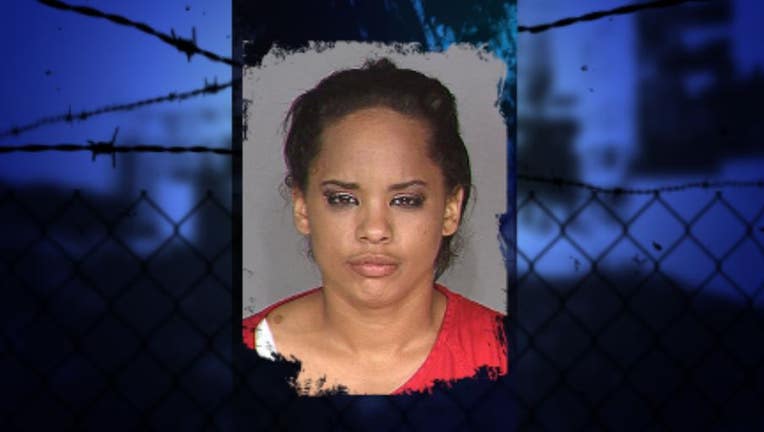 FUGITIVE CAPTURED December 25, 2015  -- Kirkland Police responded to a report of a hostage situation with a gun.  The homeowner confirmed he was not a victim of kidnapping and invited officers into his home where they contacted his roommate of two weeks, Shatanda M. Bomber, who was on Washington's Most Wanted. Bomber's boyfriend was also contacted and obviously under the influence of some substance.  He was not listening to any instructions and made a furtive movement by putting his hand in his right front pants pocket.  A cursory pat-down of the boyfriend yielded a handgun, which was loaded.  The boyfriend is a felon with multiple felony arrests with VUFA enhancements. Bomber and the boyfriend were arrested and booked into the King County jail. Shatandah Bomber, an accused drug dealer has multiple warrants for her arrest and detectives say she is prone to violence. She has a bunch of aliases, but most recently has been using the name ‘Diborah Ayele’ -- just another way she tries to avoid being caught. "This particular gal is known to flee,” says Ret. Det. Myrle Carner with Crime Stoppers of Puget Sound. “She's one that takes off any time we try to make contact with her, in fact, one of the deals was she took off in a vehicle in a pursuit from the police."