SEATTLE -- People on Capitol Hill say they are fed up. 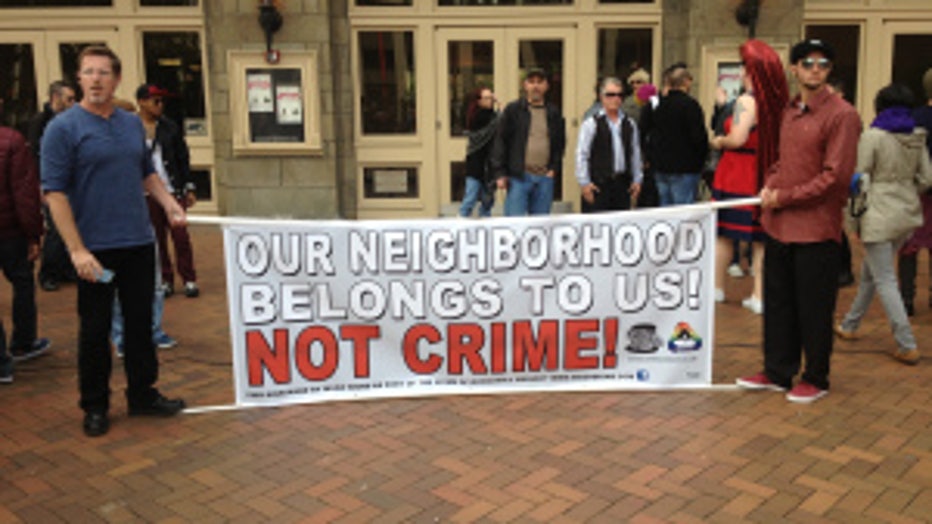 They want to take their neighborhood back from the bad guys.

Too many people have been attacked and hurt.

The problem is all too obvious, especially for those who live, work and play on the hill.

This month alone, at least three people have been attacked on the street, including an attempted sexual assault at Cal Anderson Park May 6.

The victim managed to fight off her attacker, but he remains on the loose.

Then on May 13 a man was stabbed in the stomach on the Cal Anderson basketball courts.

A suspect was arrested that same night.

East Precinct commanders are aware of the problem and interim Police Chief Jim Pugel says steps have been taken to stop the violence, including stepped-up patrols when and where they are needed.

"East Precinct Commander Ron Wilson and his Operation Lt. Matt Allen have developed an operations plan on how to address any disorder in any park, including Cal Anderson,” Pugel said.

But this group of about 60 people says police can't always be around to protect and serve.

They want neighbors here to look out for each other.

"People have gotten away from the old-fashioned, you know, be a good neighbor, be a good citizen, so if you hear someone screaming for help, look out the window, look down the street, be a good witness,” Social Outreach Seattle spokesperson Shaun Knittel said.

Overall crime is down on Capitol Hill, but marchers say the problem is with violent crime, assaults and robberies on the street, some in broad daylight, and others at night.

Some say they don't feel safe walking the street alone.

One demonstrator said, "There's racism on the hill.  There's violence on the hill by gay bashing and homeless bashing."

So the goal is to form a new, old-fashioned neighborhood watch on the hill, supported by individual block watch groups on every street.

They are working with police on a pro-active approach to fighting crime, let the bad guys know everyone is watching and calling 911 at the first hint of trouble.

Strength in numbers for a safer neighborhood.

"This is our neighborhood and we deserve a safe place to live and go out and when you see something, you say something.  It's your responsibility.  We take care of each other. We're a community,” a protester said.

Merchants will place stickers in their windows to let victims of violent street attacks know that the business is a safe place to come for help and wait for police to arrive.

They say this is just the beginning; more events are planned, including self-defense classes for those who need them.