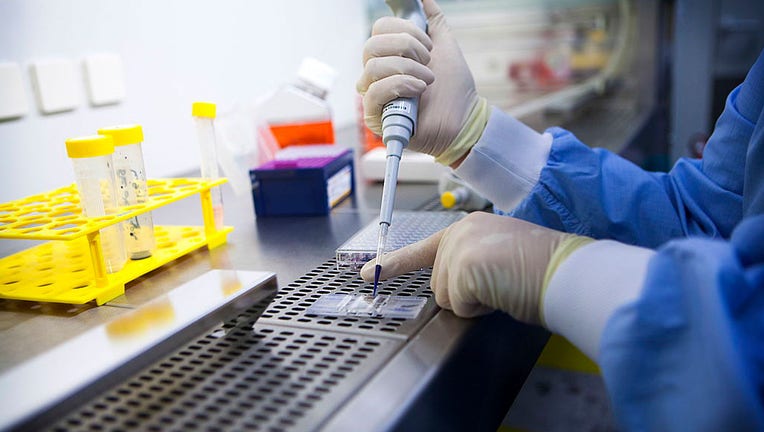 Image of a cancer research laboratory where vaccinations are developed to treat lung cancer. (BSIP/Universal Images Group via Getty Images)

EDMONTON, Alberta - A new study reveals that the risk of cancer may not only be tied to your family’s health history, but also connected to your metabolism.

Although the hereditary part of cancer is part of the equation, a study published by the University of Alberta in April examines the role of the metabolism and environmental factors related to cancer risks.

Dr. David Wishart, a professor with the school, explains that deepening our understanding of how metabolism works and making better lifestyle choices can help lower the chances of cancer.

"From the prevention side, changing our metabolism through lifestyle adjustments will make a huge difference in the incidence of cancer."

Wishart believes understanding what he describes as a person’s "cancer metabolic type" can help a doctor decide the best option to treat a specific cancer.

According to the study, the causes of cancer are broken down into three categories: A genetic disease, an environmental disease, and a metabolic disease.

Wishart says that cancer as a genetic disease are the genetic traits you inherit at birth, while cancer as an environmental disease involves what your body is exposed to throughout your life. And cancer as a metabolic disease is tied to the metabolism.

"It really doesn't make a difference where the cancer is — it’s something you’ve got to get rid of. It’s how it thrives or grows that matters," said Wishart. "It becomes a question of, ‘What’s the fuel that powers this engine?’"

Wishart explains that cancer linked to genetic traits only makes up 5% to 10% of all cancers, while 90% to 95% of cancers are based on what an individual is exposed to in their life.

"Cancer is genetic, but often the mutation itself isn’t enough," Wishart said in a statement. "As cancer develops and spreads in the body, it creates its own environment and introduces certain metabolites. It becomes a self-fueled disease. And that’s where cancer as a metabolic disorder becomes really important."

What if I have a genetic mutation?

According to the U.S. Centers for Disease Control and Prevention, a genetic mutation does not mean you will get cancer, and preventive steps can lower your cancer risk.

Collecting your family’s health history and sharing that information with your doctor is important to prevent your cancer risk.

The CDC says people with Lynch syndrome, a common cause of hereditary cancer, are likely to get colorectal cancer and other cancers, including uterine, stomach, liver, and brain cancer.

According to the CDC, several hereditary conditions can increase your chances of getting cancer with the most common being breast and ovarian cancer.

Over 250,000 women in the United States learn that they have breast cancer and more than 20,000 find out that they have ovarian cancer. While most of these cancers happen by chance, some are hereditary.

The CDC said in 2018, more than 1.7 million people were diagnosed with cancer. However, without more cancer prevention efforts that number is expected to reach more than 2.2 million by 2050, with the largest percentage increase among adults who are 75 years old or older.

FOX 5 New York contributed to this story. This story was reported from Washington, D.C.