Authorities in Windsor closed the Ambassador bridge for traffic into the country for several hours after possible explosives were found near the Canadian side of the bridge.

DETROIT (FOX 2) - Police in Windsor, Ontario, investigated possible explosives found near the Canadian side of the Ambassador Bridge.

The bridge is now open after being closed from the U.S. into Canada for hours Monday.

According to the Windsor Police Department, officers are on scene near the Ambassador Bridge and the area has been evacuated after possible explosives were found in a vehicle during a secondary inspection around 10 a.m.

The Canada Border Services Agency (CBSA) said there was not a threat associated with the possible explosives and there is not believed to be a threat.

Windsor Police said the driver of the vehicle involved has been detained and the investigation is still ongoing.

Drivers on the Canadian side urged to avoid the area as the explosive disposal unit is investigating.

Meanwhile, on the U.S. side of the bridge, Michigan State Police advise that traffic will start backing up on both I-96 and I-75 because of the closure and drivers should avoid the areas. 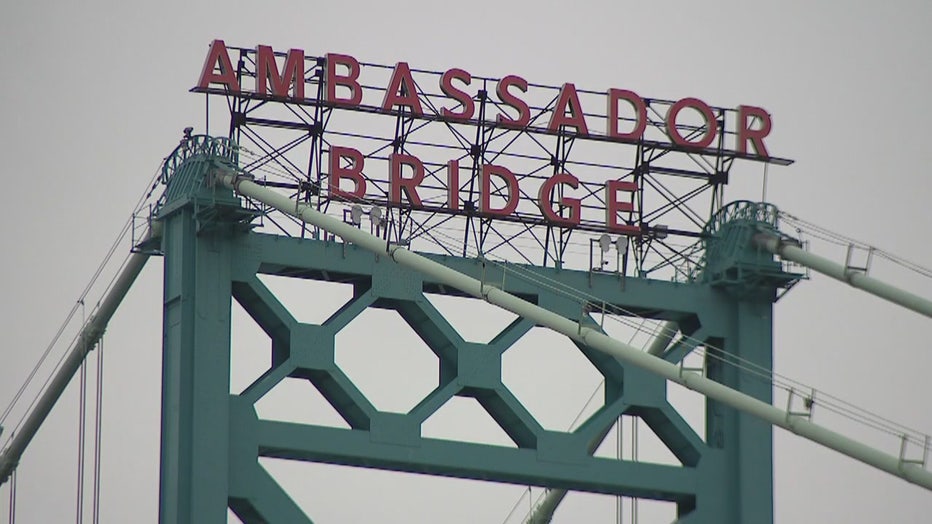