Millions of Americans suffer from depression, and many use drugs as treatment.  But now there is a new way to relieve some of those symptoms.

A new device is being used in Texas to treat depression without drugs and it's giving some patients new hope.

"It brings fear with it," patient Bonnie Smith says of her chronic depression.

For more than half of her 77 years, Smith has dealt with a serious illness.

Smith says she's seen doctor after doctor and taken numerous anti-depressants but hasn't been happy with the medications' results or the side effects.

"I would do OK for months and even several years and it would creep back in again." 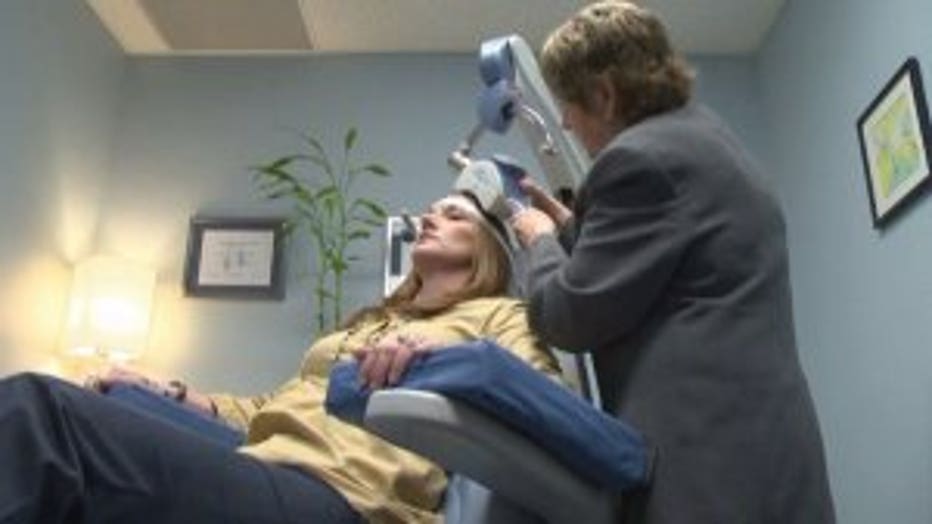 "We can actually map the brain with this machine so we know what areas we are affecting,"  Vache says.

Vache positions the device over the patient's head to trigger a slight thumb twitch.

"From there, we have to move that coil 5 1/2 centimeters forward towards the forehead."

Vache says that's the area studies have shown where the depression symptoms are generated.

The treatment coil then sends a pulsed magnetic field -- about the same as that used in an MRI -- a couple of centimeters into the brain.

"When that magnetic field hits the wet tissue of the brain, it turns into a tiny, tiny current that targets only the areas affected by depression. That means there are no side effects. It doesn't go to any other part of the brain, so there's no memory loss.  There's no fogginess."

"Oh absolutely I was skeptical,” Smith says. “But I was so miserable that I was willing to try it."

"At the end of the 12th session, gosh, I was Bonnie again,” Smith says.

The doctor says the treatments cost up to $500 a session.