SNOHOMISH, Wash. -- Copper thieves have left hundreds of Snohomish County residents without phone access or Internet service, and the repairs are costing thousands. 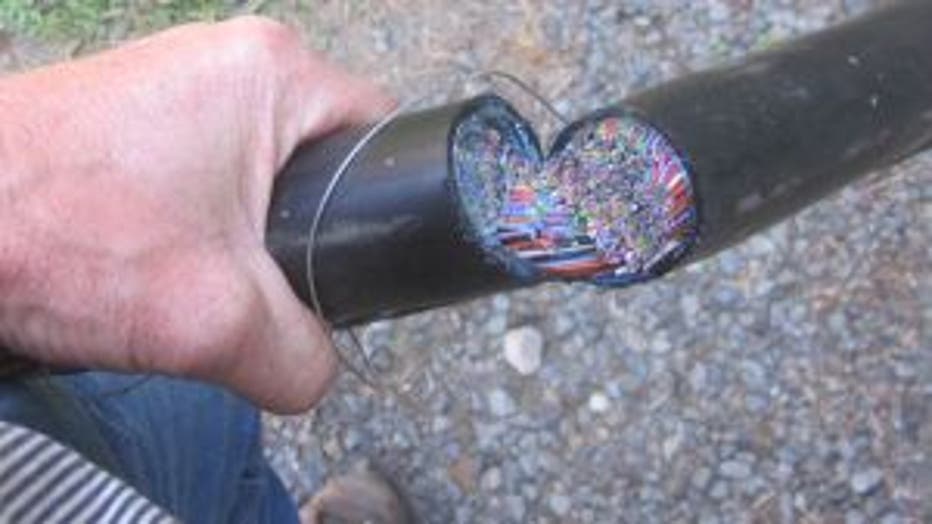 Frontier Communications said crooks hit their phone lines 10 times in the just the past year, and this last wire theft has meant hundreds without a way to call 911.

Crooks are climbing telephone polls in the middle of the night and ripping out heavy wiring -- hoping to make a few bucks at a recycling yard.

“They don’t have any idea how much they affect everyone,” said Wanda Marshall who lost Internet and phone service earlier this week in Snohomish.

The telecom has been struggling for months with thieves making off with thousands of dollars’ worth of copper wiring from Skykomish to Marysville and Snohomish.

“Customers are taken out of service, they’re put at risk, they can’t call 911,” said Frontier Communications general Manager Ken Baldwin. “The emergency folks can’t run the trace and know where they need to be.”

Linemen have been scrambling to get service back to normal.

And the payoff for thieves isn’t as big as you’d think.

The last hit in Skykomish cost the company nearly $30,000 to repair and replace the lines.

Since April alone, nearly 2000 Frontier customers have gone without service because of the cuts.

Marshall has advice for those who think ripping down the lines will make the crooks rich.

“If you’re going to climb a pole, why not go out and find yourself good, honest work?” Marshall asked.

Frontier Communications has already alerted the scrap theft alert program and now recycle centers and cops within 100 miles are on the lookout for the stolen wires.