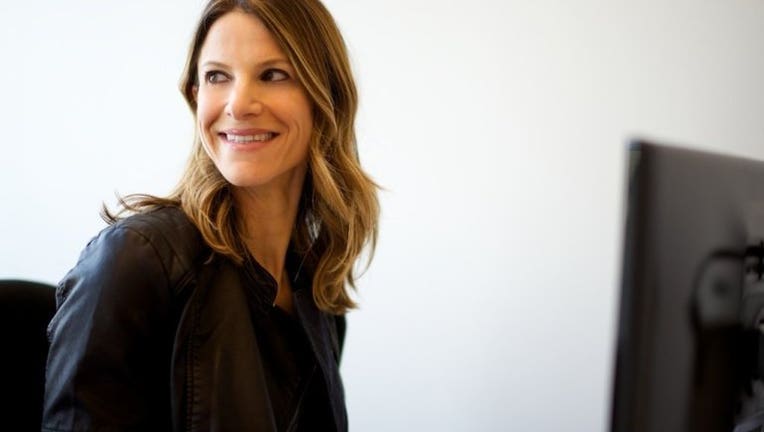 SEATTLE -- Are you ready for the "most honest conversation you'll ever have?"

That's how VProud describes itself -- an apparently troll-proof website for women to discuss everything from politics to their sex lives, all without fear of garnering online abuse.

While four in 10 internet users have been harassed online, according to the Pew Research Center, young women suffer the brunt of more extreme abuse -- 26% have been stalked online, and 25% sexually harassed.

Now Karen Cahn, a former Google, YouTube, and AOL video executive, thinks she might have the answer to keeping trolls at bay.

Her new social network filters out what she describes as "Mean Girl" language.

"Our definition of 'troll' is all about rude, hateful, mean, and unproductive comments," explained Cahn.

"And these comments can come from men and women."

In the VProud world, users are verified through their Google, Facebook, and Twitter accounts -- though they still have the option of commenting under a public or anonymous profile.

Is Cahn the equivalent of a modern day "Troll Slayer?" We'll soon find out.

Karen Cahn: VProud is a digital safe space for women to have intimate conversations with each other, without feeling like the whole world is going to see what they are saying, and without trolls making hateful and unproductive comments.

It's an open platform where women can participate in discussions started by someone else, or start their own conversation and invite other people to join in.

CNN: How does it keep out trolls?

KC: We have 4 lines of defense against trollish comments:

1. A database that understands context, and over time can determine whether a comment is intended to be disruptive.

2. Filters that catch words and phrases that are against our community guidelines.

3. Editors who live and breathe VProud conversations, making sure the dialogue is one that is productive.

4. On every piece of content and comment on the site, there is a troll icon. If someone is being hateful or disrespectful, users can report the troll and our community managers will review it.

KC: Yes. Women can choose to participate in discussions using one of two identities: VPublic, which is their social username, and VPrivate which is a custom username. She can toggle back and forth between the two identities based on the conversation she's involved in.

For example, I may be perfectly comfortable talking about yoga or girls education with my real name, Karen Cahn, but I'm certainly not going to comment about my sex life or intimate issues using my real name. Instead, I will use my VPrivate name. You know, so my Aunt Gertrude doesn't see what I'm saying.

CNN: Are you concerned about limiting free speech?

KC: VProud is about the democratization of conversation. We are not the arbiters of opinions. We are not Democrats or Republicans, we are not pro-choice or pro-life. What we don't approve of is "Mean Girl" behavior -- name calling and putting people down.

But we are not about censorship -- we just think you can have productive conversations without engaging in that type of behavior.

CNN: What inspired you to set up the site?

KC: I went through a divorce and the experience was the most isolating and lonely time in my life. I had lots of friends and Facebook friends but I still felt alone. I would sit up in bed at night and cry and put these ridiculous 20 word search phrases into Google and hope that a Yahoo group or something helpful would come up where I could find women like me to relate to -- but I never found anything.

I figured I wasn't alone, so I decided to create a space for those types of conversations.

CNN: Why did you make it women-centric?

KC: Based on my personal experience, I wanted to create a space where women would have the freedom to discuss whatever is on their minds and, equally important, find a community around the issues they most want and need to discuss.

I partnered with a group of women who all had different experiences with cyberbullying and comment trolling, and we all collectively built the site we now have.

CNN: What has been your most popular topic of discussion?

KC: Some of the topics people have become most engaged with are about mental health issues. We've also seen a lot of participation in our parenting conversations -- it appears to us that people are really looking for a community around these topics that can be hard to discuss with neighbors or friends who are not in similar circumstances.

Topics around parenting a child with special needs is an area where people feel such a wide array of emotions -- confusion, guilt, fear, hope, shame. So it feels incredibly rewarding to see that we are providing a space where people feel comfortable asking questions and discussing things.

CNN: You worked as an executive at Google, YouTube, and AOL -- how come none of these companies have set up something like this before?

KC: I think it's easier to innovate when you're on your own or in a small group. I do my best thinking when I'm in the shower or curling my hair.

And you can't exactly come into a huge organization like Google or AOL and say: "Hey, so I was curling my hair and I had this really good idea, so I'm going off to build it now."

CNN: What is your advice for women harassed by trolls -- engage or ignore?

KC: Dealing with trollish behavior online is no different than dealing with it in real life. The difference is that it happens more often in our online lives because our screens allow us to hide, and give us courage to say things that we would never say in our "real lives."

But the truth is that the line between your online life and your regular life is pretty much gone -- more and more it's all the same. So take a deep breath and walk away because everything looks different after you pause for a break.

CNN: Where do you see the world of trolling headed -- will there come a breaking point?

Trollish behavior comes from real people and typically it's the people who were bullied, who feel hurt by someone else, who have gone through a traumatic event.

They are taking their feelings out on someone online and whether you call it cyberbullying or trolling, until people face the inner demons and get mental health support, we're going to see this continue.

I think that's where we each have a role to play -- to not stand for the behavior, and to demand that there be better protections.

CNN: Almost all of the videos featured on VProud are pulled from other websites -- are you concerned about "piggy-backing" on someone else's work?

KC: VProud produces our own original video conversation starters every day in our studios in New York City. A huge part of VProud's mission is supporting the female creative economy in video, so it's our job to highlight and support the work of female content creators online.