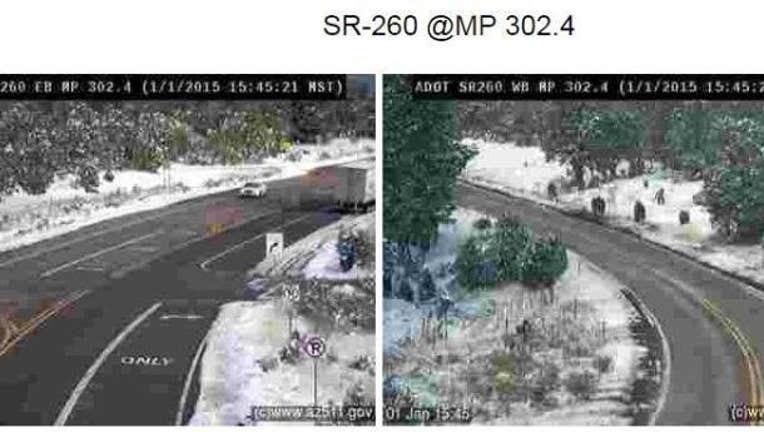 HEBER, Ariz. -- Highway cameras caught something mysterious along the side of an Arizona highway.

The Arizona Department of Transportation posted the photos above on its Facebook page on Jan. 1 with the caption: "We might have spotted a family of sasquatches on SR 260 near Heber this afternoon. What do you think?"

The post has been shared more than 3,000 times and has hundreds of comments. Along with several theories, one poster said the DOT camera has been showing the "mysterious" object for several days.

The department eventually put an end to the speculation, admitting the post was intended to be humorous.

"We always try to have a little fun with our Facebook and Twitter feeds," department spokesman Tim Tait told ABC News. "That way, we don’t just post news about crashes and road conditions, but a little something to engage our audience in different ways. This posting was one of those efforts – something that caught our attention, and we thought it might make some people chuckle."