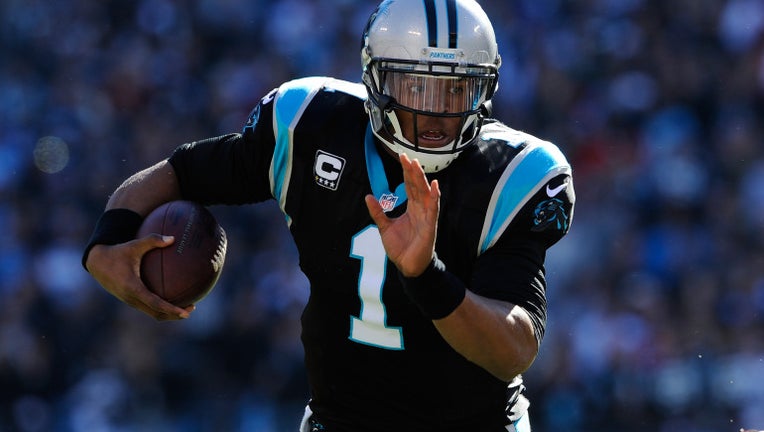 CAROLINA -- The driver of the car that flipped Carolina Panthers quarterback Cam Newton's truck told police he didn't see the vehicle before colliding with its driver's side rear wheel, according to a police report released Wednesday.

Two witnesses, one who was traveling behind Newton's Dodge truck and one who was behind the Buick sedan that struck Newton, told police that the other driver -- identified as a Fort Mill, South Carolina, 46-year-old -- pulled out in front of Newton.

"(Newton) advised that he tried to maneuver to avoid the collision but (was) unsuccessful. As a result of the collision, (his vehicle) rolled over," the report said.

Newton suffered two horizontal fractures in his back in the wreck, the Panthers said in a statement Tuesday. He was listed in fair condition and spent the night in the hospital.

"Cam Newton has soreness but is in good spirits. He's excited to be discharged and begin recuperating with family," the team tweeted.

The injury was to Newton's transverse process, a small bone that extends from each vertebra in the back. There were no other internal injuries, the team said.

It would be a surprise if he could play Sunday but it's not out of the question, said Dr. Kenneth Mautner, a sports medicine specialist at Emory University in Atlanta.

"It's not the kind of injury that affects the spine or the nerves so it's a matter of when the pain settles down enough so he can play," said Mautner, who is not involved in Newton's case.

The injury is treated similarly to a rib injury, and if he plays, Newton likely will wear extra padding during a game to protect the back, the doctor said. Dallas Cowboys quarterback Tony Romo had the same injury earlier this season, he said.

Mautner said doctors will advise rest and recuperation and likely recommend Newton not practice for at least two days, perhaps longer. It can take one to three weeks for a patient to deal with fractures, Mautner said.

For that effort, he was named his conference's offensive player of the week.