Governor Gavin Newsom delivered an emotional speech after AP projected him to stay in office.

LOS ANGELES - Governor Gavin Newsom will stay in office, as a majority of Californians voted "no" in the 2021 recall election.

Early numbers show 67% of people voted no to recalling Gavin Newsom while only 33% voted yes.

"I am humbled and grateful to the millions and millions of Californians that exercised their fundamental right to vote and express themselves so overwhelmingly by rejecting the division, by rejecting so much of the negativity that’s defined our politics in this country," Newsom stated after learning he was the projected winner.

The candidate with the second most votes was conservative talk radio host Larry Elder with 43% of the vote. Democrat Kevin Paffrath had the third highest amount of votes with 11%. 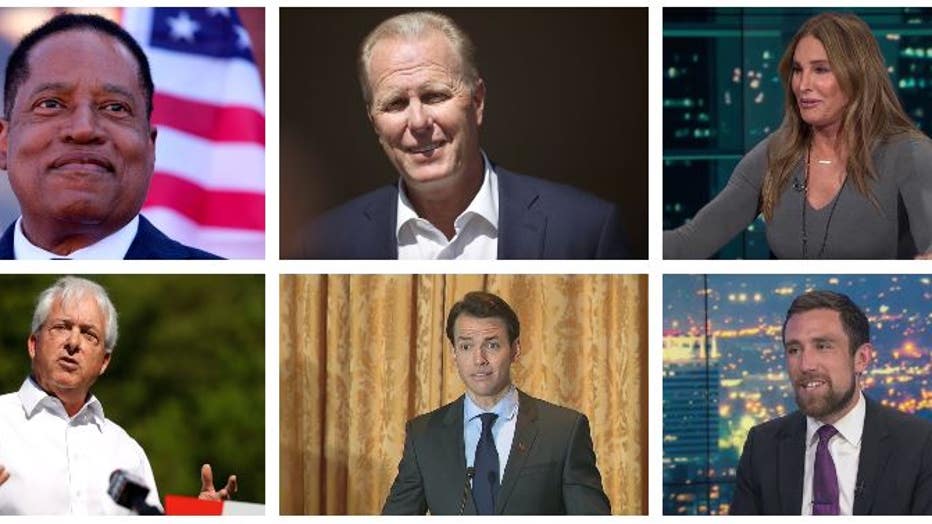 In terms of county representation, most voters in LA, Orange, Ventura, Riverside, and San Bernardino counties voted no to the recall.

At an event in Costa Mesa Tuesday night, Elder addressed his supporters after losing the race for governor.

"Let’s be gracious in defeat. We may have lost the battle, but we are going to win the war," Elder exclaimed hinting at a potential run for governor in the near future.

"Lets be gracious in defeat. We may have lost the battle, but we are going to win the war," top GOP candidate Larry Elder stated after losing the bid to become California governor.

A poll released in early September by the Public Policy Institute of California (PPIC) showed 58% of voters wanted to keep Newsom as governor. That was Newsom's most favorable poll as others showed a closer battle, some polls indicated that Elder was in the lead.

For some time now, Newsom stated that the recall process against him had been weaponized by people with opposing political views. He called the recall "unfair."

The push for the recall began in June of 2020 over claims that Newsom mishandled the state's response to the pandemic. The effort was fueled by the state's COVID restrictions on businesses and houses of worship, school shutdowns and even opposition to the state's high taxes.

Gavin Newsom fights back, urging Californians to vote 'no' on the recall ballot

Governor Gavin Newsom caught up with FOX 11's Elex Michaelson in an exclusive interview where he discussed his strategy for turning out skeptical Democrats, what Larry Elder's administration would look like, his potential mistakes, and more ahead of the upcoming recall election Sept. 14.

RELATED: Newsom says recall is unfair, effects will be felt 'across the country'

The governor faced heavy criticism during his time in office over his response to the state's homelessness crisis, COVID-19 and rising crime in major cities across the state.

Newsom was also hit by fallout from a multibillion-dollar fraud scandal at the state unemployment agency.

He was also publicly shamed for dining out with friends and lobbyists at the French Laundry while telling residents to stay home for safety. FOX 11 obtained exclusive photos of Newsom's infamous outing.

Democrats have tried to nationalize the race, linking the recall effort to Republicans including former President Donald Trump, who has not publicly commented on the recall.

Republicans, meanwhile, have tried to keep the race focused on California issues and what they consider to be Newsom’s failures in tackling homelessness, crime and wildfire prevention.

California is one of the country’s most heavily Democratic states. Democratic voters outnumber Republicans by nearly 2-to-1, and the party controls every statewide office and dominates the Legislature and congressional delegation.

Newsom is only the fourth governor in U.S. history and the second in California to face a recall. He was elected in a landslide less than three years ago.

The last time a recall election was held in California was 2003 when Democratic Gov. Gray Davis was recalled and replaced by Republican Arnold Schwarzenegger.