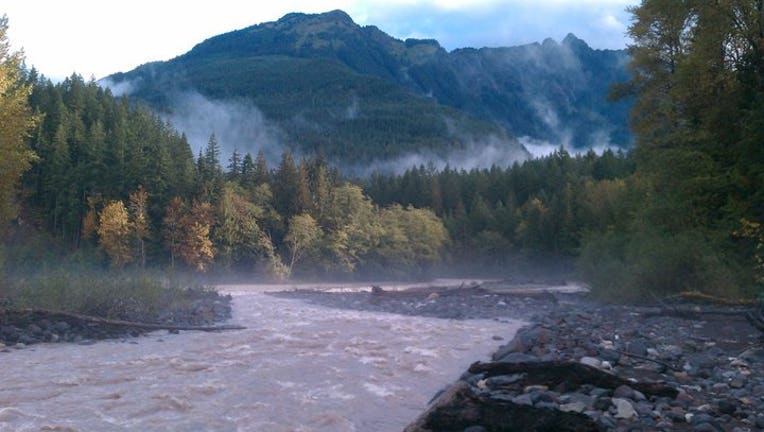 BELLINGHAM, Wash. - A 55-year-old California man and his 10-year-old son were identified as the victims who died in last week’s fatal rafting incident on the Nooksack River.

John Coleman of Berkeley, California, and his son died when they were swept downriver after a raft overturned on the North Fork of the Nooksack River Tuesday, June 14, the Whatcom County Sheriff’s Office told The Bellingham Herald in an email.

The son’s name was not released, nor was the name of anyone else in the raft at the time of the incident.

RELATED: Bodies of 2 men recovered from Nooksack River after raft flipped over

At about 3 p.m. Tuesday, a commercially operated river raft with four customers and a guide flipped at a rapid near the Snowline neighborhood of Glacier, a sheriff’s office said in a release.

While one of the bodies was located about a half-mile downstream from where the raft flipped. The other was not found until the next day, according to the release.

The guide helped rescue the of two females, according to the release. But Coleman and his son were swept downstream.

The Whatcom County Sheriff’s Office dispatched a swift-water rescue team along with K9 and drone teams to search the area, according to the release. Border Patrol, Trauma and Rescue also responded, along with a CBP helicopter.