SEATTLE-- With the warm season now behind us, we can look back on one of the hottest, driest, and smokiest summers we've seen around Puget Sound.

We didn't quite tie or set records for days above 80 and 90-- but we came really close. At 11 days, we saw almost triple our average of days above 90. A typical 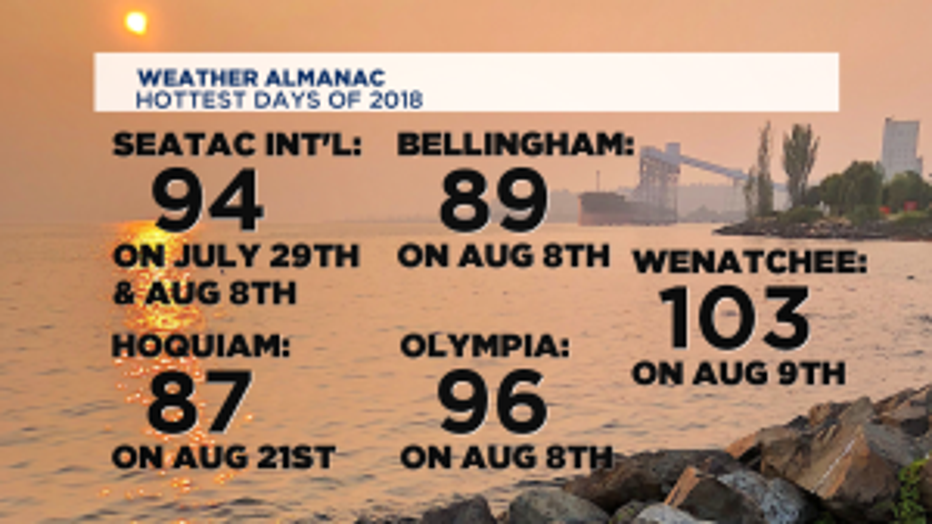 summer has about 26 days of 80+ temps. This year we had more than 40 of those warm days.  It was also the driest ever May 1 to August 31 as measured at our climate reporting station of record at SeaTac Int'l Airport.

While technically not summer, May sure felt like it. May was the warmest ever on record for the Seattle area, it also tied for driest on record too. It was also the driest ever May 1 to August 31 at SeaTac.

It was late July when the smoke poured into Western Washington. We were surrounded. When winds came from the 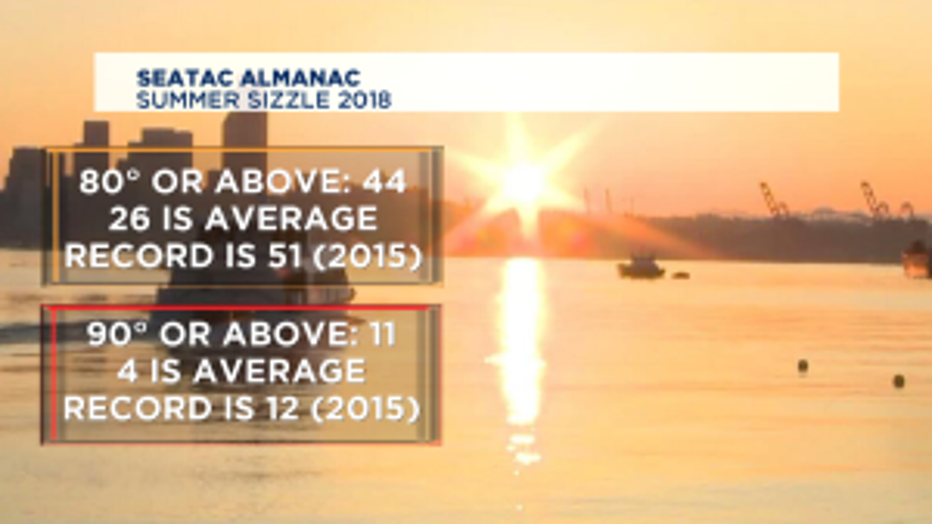 north they delivered dense smoke from historic raging wildfires in British Columbia on the Fraser River plateau. When winds came from the south, we got hit from smoke from California and Oregon. Easterly winds often delivered smoke from local wildfires and the occasional light ash fall as well. The smoke hung out for almost 4 weeks. It was our second ever (and in a row) with both air quality alerts for smoke and ash falling in Seattle. Skies finally cleared August 23rd and, except for 2 days of smoke coming in from Oregon, we've been in good air quality shape ever since.

It helped that the fall rains seemed to arrive mercifully early this year on September 7-9. The outlook for autumn in Western Washington is for conditions to be drier and warmer than normal.