Washington State Patrol was called out to SR 542, near milepost 51, just before 9 a.m.

When first responders arrived, they found a bus engulfed in flames.

Witnesses told troopers that someone spotted an oil leak coming from the bus before the fire ignited.

Passengers on the bus began to notice smoke -- then flames -- and the bus quickly stopped in the eastbound lane and evacuated.

WSP tells Q13 News all of the students on the bus made it to safety, and no injuries have been reported.

Investigators suspect the oil leak, resulting from some kind of mechanical issue, sparked the flames.

Traffic getting to and from Mt. Baker Ski Area was snarled for several hours as investigators worked to clear the scene.

With the eastbound lane fully blocked by the bus, drivers were forced to take turns using the westbound lane in both directions.

A tow truck arrived at the scene just before noon. WSP expects lanes will be fully reopened by 2 p.m. 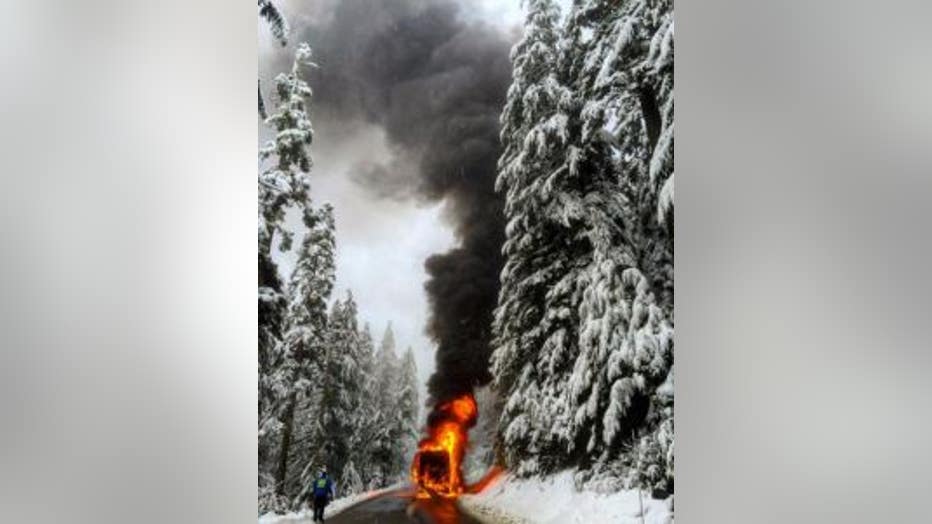