GEORGE, Wash. -- A bus carrying marching band members from the University of Washington has rolled over on I-90 East.

Washington State Patrol Trooper John Bryant said 56 students and staff were on the bus, but no serious injuries have been reported.

The bus was one of six buses carrying the band to the Apple Cup, the annual football match-up between the UW Huskies and the Washington State Cougars. It happened about 5:30 p.m. Thursday, on Thanksgiving.

It rolled over at mile post 143, which is five miles west of George.  The bus that crashed was third in the group of buses.

Trooper Bryant said 40-45 student band members were transported to local hospitals as a precaution.  The other students and staff were sent on the other charter buses to nearby George Elementary School, where were checked out by medics.

About 280 UW band members and staff were temporarily housed at the school, and local community members rallied around them, bringing holiday leftovers and treats for the students.

The band will be bused to accommodations in Moses Lake for the evening.  It's not clear if or when the band will continue on to Pullman.

Travelers heading to the Apple Cup are faced with snowy, icy conditions as a winter storm warning is in effect. Several inches of snow has already fallen in the passes, with up to two feet of snow expected in some areas. 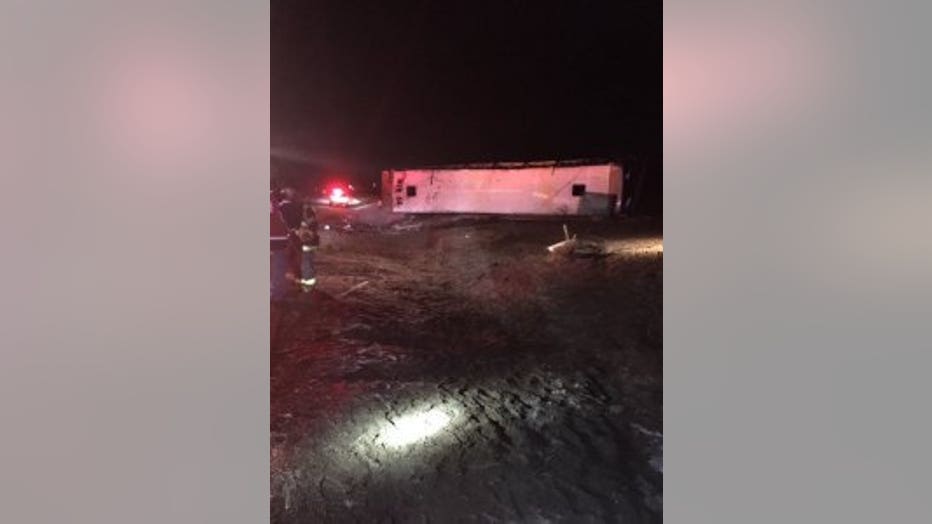 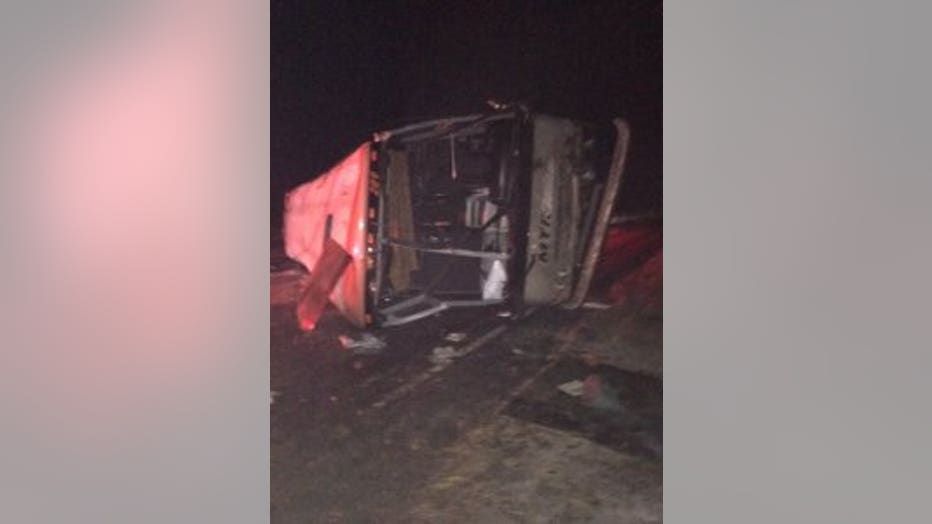 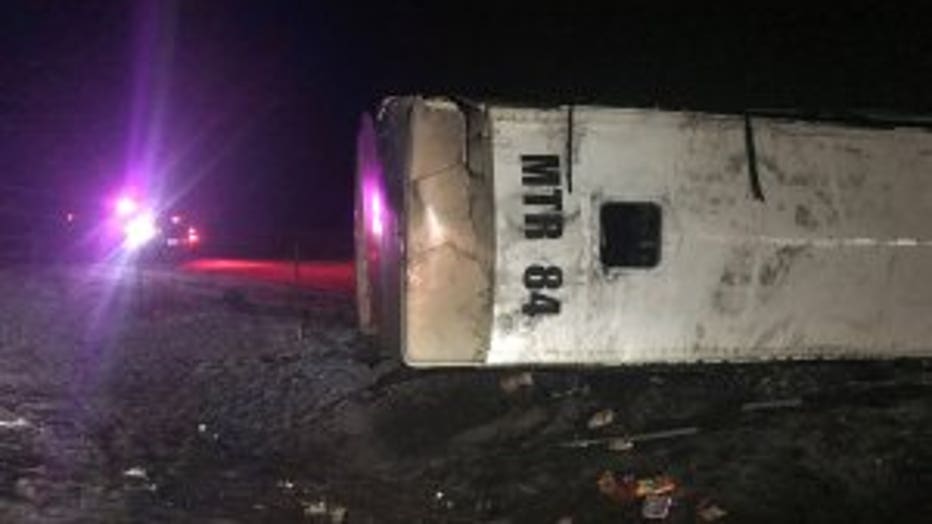