DES MOINES, Wash. --James Rasmussen's disabled sister was home alone sleeping on his couch last Friday night during a big windstorm when two burglars entered through a sliding glass door in the bedroom around 7:45 pm.   Surveillance video shows one of the crooks wearing a dark colored Nike Air Force 1 hoodie along with gloves. 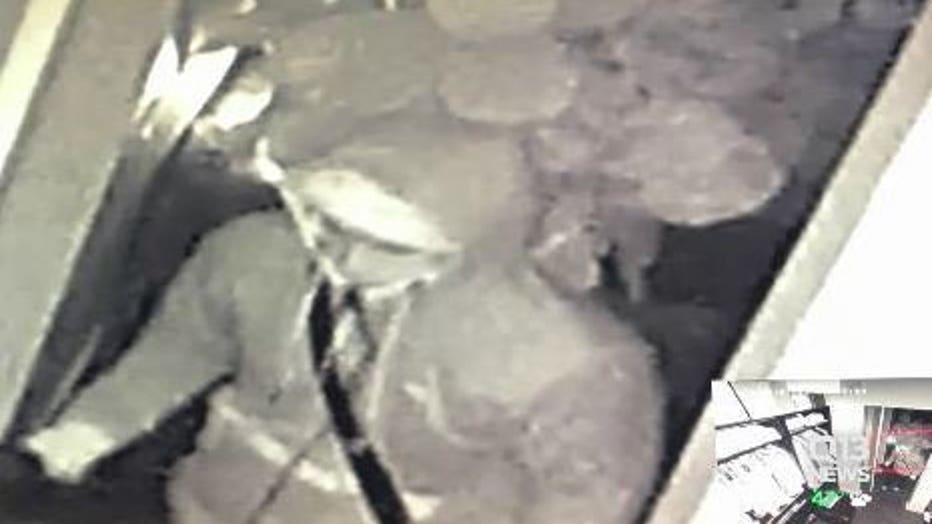 He installed multiple surveillance cameras both inside and out to protect his home.

On that night, rain covering windows and lenses made it really hard for the cameras to pick up the motion. One of the cameras in his closet shows the crooks stealing Louis Vuitton and Gucci bags, clothes and even two bottles of his cologne.

"They really tore this place up. We've been cleaning it up a little bit lately," said Rasmussen. 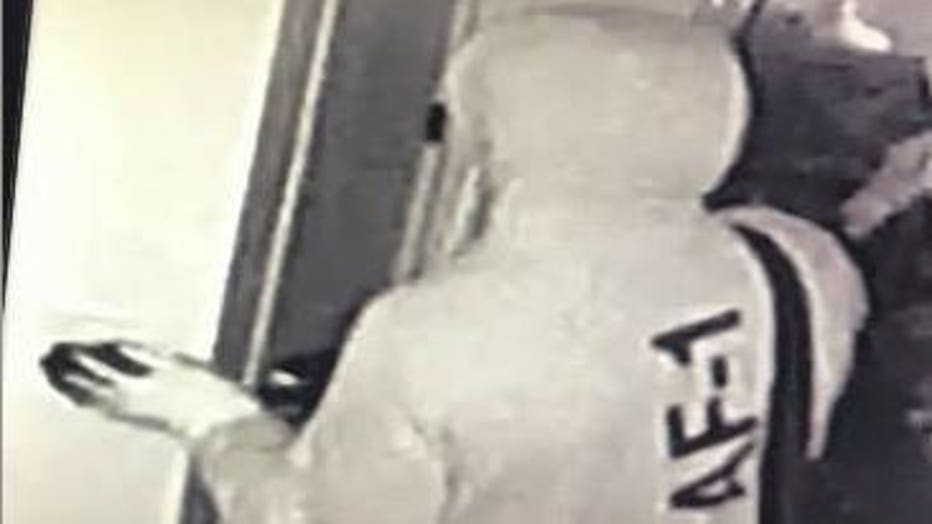 They also broke into a locked suitcase and took a .22 caliber rifle with a laser scope and a .22 caliber pistol with  laser scope.  As if it's not bad enough to have two thieves pawing through your drawers, his fiancee's jewelry is also gone. 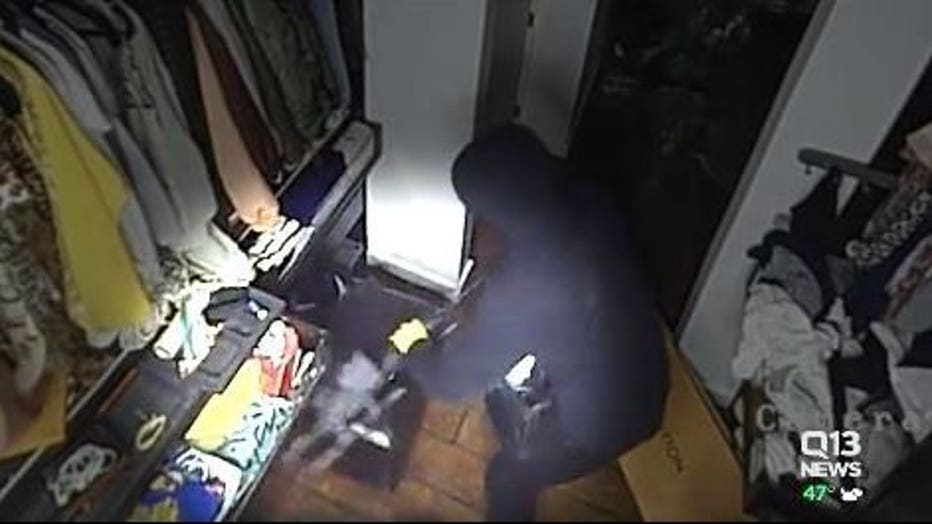 "I guess a lot of stuff was sentimental, a lot of things that James got me for birthdays, or anniversaries. I mean things can be replaced, but they can`t necessarily, you know, the moment of getting it and all that stuff, that can`t be replaced," said Victoria Lee.

The most surprising thing about this burglary is that the thieves could hear their large two dogs in the front of the house barking but that didn't stop them. The storm also affected the dogs' alertness because of all the noise during that time. 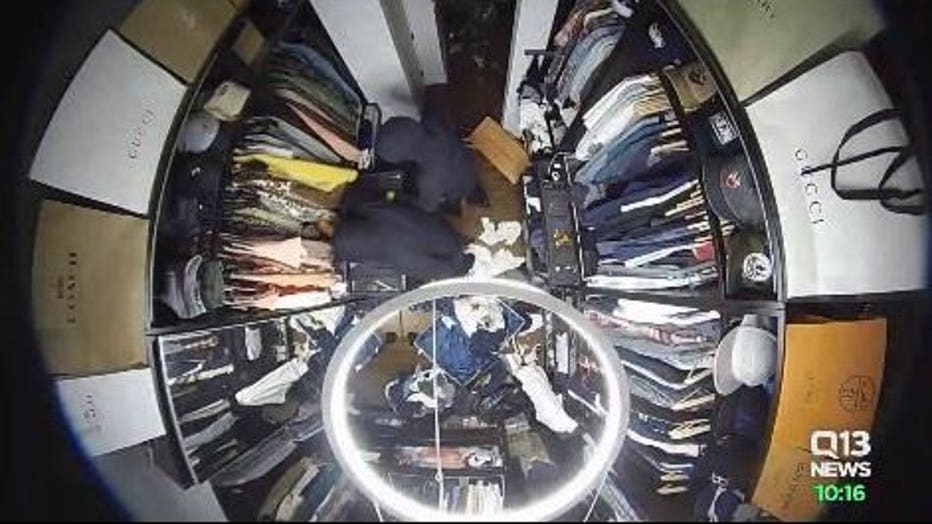 "My takeaway is that no matter how prepared you think you are, it can happen to anyone. You know, I think we`re always like, `Oh, we have dogs` and we have so many cameras already, but you know, there`s always one criminal that`s willing to just go above and beyond and they just don`t care and they`re willing to take that risk to get a few things from someone`s home, so I think it`s important for people to realize that it can happen to them and you just have to be prepared," said Lee.

This was the 4th time in two years that Rasmussen says they've been targeted by thieves.  In the other cases, their surveillance system notified them in time to get police there to arrest the suspects.  This time, the windstorm kept setting off the alerts so they didn't realize that one of them was actually a crime in progress.  While insurance will replace some of the items, much of it was not covered. Still, they know it could have been worse.

"We feel fortunate in the sense that our sister didn't get shot, or killed and neither did our dogs, but it`s just unbelievable really," said Rasmussen.

Crime Stoppers is offering a cash reward of up to $1,000 for any information that identifies either of the suspects or leads to their arrest.  You will remain anonymous. Submit the tip at www.P3Tips.com or by using the P3 Tips App that you can download to your phone for free.