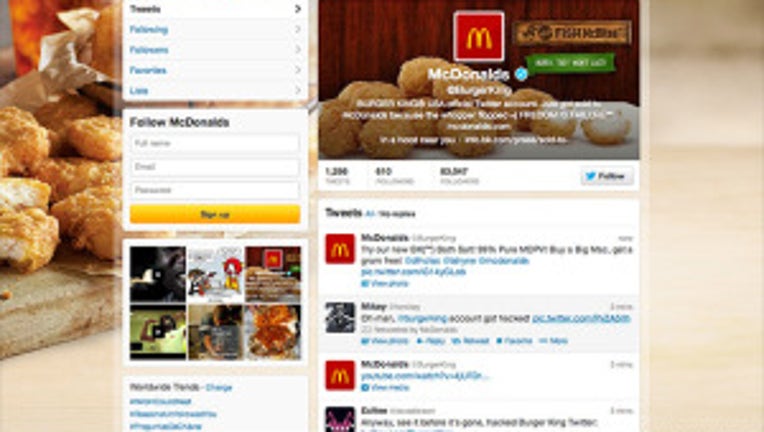 NEW YORK -- Two weeks after traces of horse meat were found in beef patties at a European Burger King supplier, the burger chain's Twitter account was hacked. Making matters worse, the yet-to-be-identified hackers made it appear as though Burger King was bought by McDonald's.

"We just got sold to McDonalds! Look for McDonalds in a hood near you," the company tweeted at noon ET Monday.

Burger King's Twitter profile photo was changed to a McDonald's logo, and its profile information said, "Just got sold to McDonalds because the whopper flopped." It also included the misspelled line "FREEDOM IS FAILURE" and a dead link to a press release.