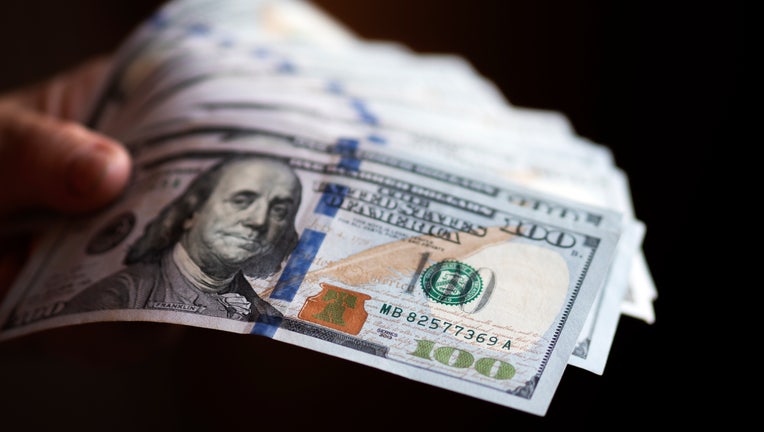 UKRAINE - 2020/08/26: In this photo illustration one hundred US dollar banknotes are seen on display. (Photo Illustration by Igor Golovniov/SOPA Images/LightRocket via Getty Images)

SOUTHFIELD, Mich. (FOX 2) - Some mistakes could cost you. The mistake Samir Mazahem of Dearborn Heights made could have cost him only $2 but instead, it netted him another million dollars on top of the first million he won.

Mazahem said he was saving numbers on a lottery app when he accidentally bought an extra lottery ticket after buying a $2 ticket for the June 9 Mega Millions game.

He realized he had purchased another ticket with the same numbers and said he was 'bummed' but forgot about it until he logged onto the app. He had two $1 million winners.

“I went online and bought a ticket using numbers that are family birthdays,” said Mazahem. “I forgot to save the numbers as favorites in the app, so I went back in and set them up as favorites so I could easily play them in the future. What I didn’t realize, is that meant I would be buying a second ticket with the same numbers. Once I figured out I had bought two tickets with identical numbers, I was a little bummed but didn’t think much about it.

Mazahem had moved on and forgotten about the app. Until a few weeks ago.

"I recently logged into the app to check on some tickets I had bought, and that is when I saw I had two $1 million prizes pending. Saying that I was stunned is an understatement. I couldn’t believe it was real. It took several days for the reality to set in that my mistake had paid off to the tune of $2 million!"

Mazahem said he plans to buy a home and save everything that's left.

“Winning is exciting and gives me some comfort knowing that when I retire, I will have money in the bank,” Mazahem said.