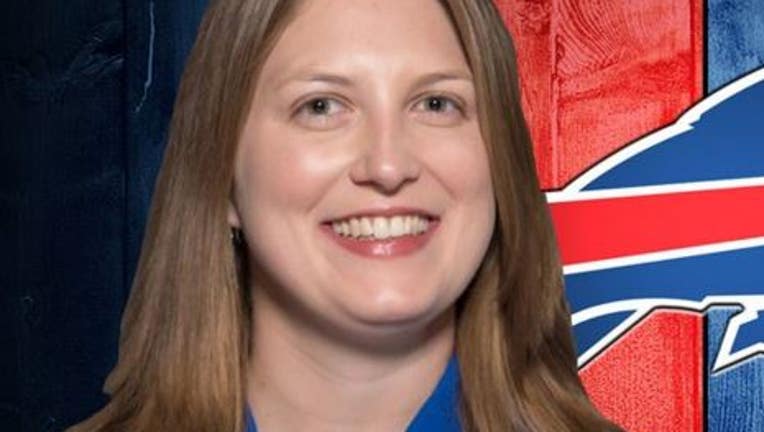 BUFFALO, N.Y. -- The Buffalo Bills announced Wednesday that it had named Kathryn Smith the team’s special teams quality control coach -- the first female to be named to a full-time coaching position in NFL history.

The Arizona Cardinals had earlier hired a woman, Jen Welter, as an assistant coaching intern for training camp and the preseason to work with inside linebackers. But she was not named to a full-time coaching position.

“Kathryn Smith has done an outstanding job in the seven years that she has worked with our staff,”  Bills head coach Rex Ryan said in a statement on the Bills website. “She certainly deserves this promotion based on her knowledge and strong commitment, just to name a couple of her outstanding qualities, and I just know she’s going to do a great job serving in the role of Quality Control-Special Teams.”

Smith, who will enter her 14th year in the NFL next season, joins the Bills coaching ranks after spending 2015 as the team’s administrative assistant to the head coach.

Prior to joining the Bills in 2015, Smith spent 12 seasons working for the New York Jets. Smith originally began her career in 2003 as a Jets gameday/special events intern. She became a college scouting intern in 2005 before being promoted to player personnel assistant in 2007 and going on to be named assistant to the head coach in 2014.