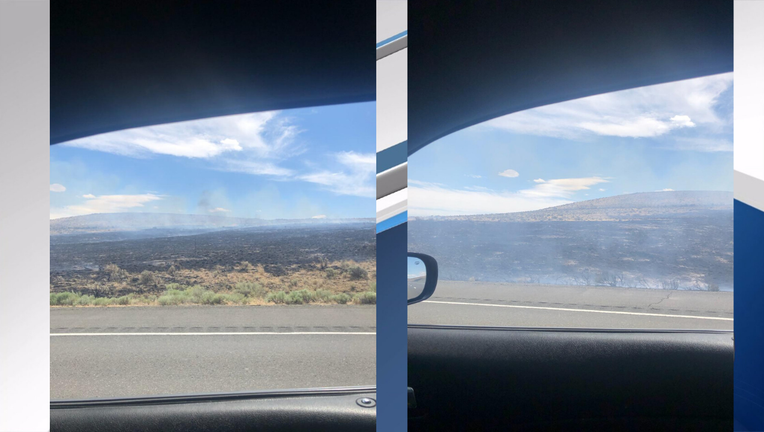 KITTITAS CO., Wash. - All lanes of eastbound I-90 near Kittitas County were blocked for several hours Saturday due to a brush fire sweeping the south side of the road.

Around 1p.m. Saturday, Troopers responded to a brush fire along the south side of I-90 near milepost 131, Kittitas County and 5 miles west of Vantage.

Trooper John Bryant said in a Tweet early Saturday afternoon that roads are currently blocked due to heavy smoke over the roadway.

Troopers stated that firefighters worked to fight the blaze near the road. At one point, there was a four and a half mile backup. Around 5:15 p.m., all lanes opened back up to traffic.