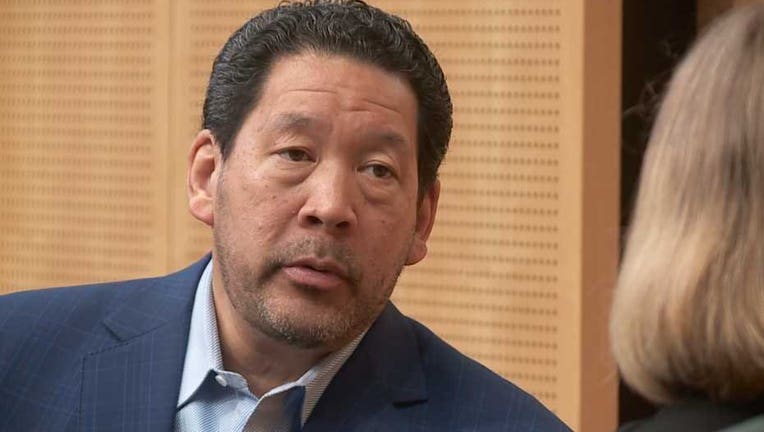 Harrell served on the council from 2008 to 2020 and stepped in as acting mayor for three days in September 2017 after the resignation of Ed Murray.

Q13 News first reported that Harrell was "strongly leaning toward" a mayoral run in February. He spent the first few months of 2021 consulting with political allies before making a decision, sources said.

When rumors of Harrell’s candidacy started to spread, Q13 asked Mayor Jenny Durkan how he might fare in the job.

"I think Bruce is an exceptional person," she said. "I’ve known Bruce a long time. We are friends and I think he, among other people, could be a very strong mayor."

Durkan has not made any endorsement in the race, but she and Harrell share a mutual frustration with the direction of city politics.

Harrell declined to seek reelection to the council in 2019, later reflecting on the increasingly toxic environment. In a January 2019 interview with Q13, Harrell said there was "unprecedented anger" among the city’s electorate.

"Much of the anger I understand," he said. "They’re angry about housing prices, transportation, race and social justice issues, the homelessness issue, and they want leaders to do something."

Still, he lamented the tone that council meetings had taken on – particularly during public comment periods.

But if Harrell is hoping the climate at City Hall has changed, or that the city’s challenges have grown any less complex, he’ll be in for a difficult campaign.

RELATED: Seattle Police say they are 'puzzled' over comments made by Seattle City Councilmember

Since his departure, Seattle has gone through an unprecedented pandemic, a racial justice reckoning, months of civil unrest, worsening homelessness, and a rollercoaster debate around police funding. Last year, a close personal ally of Harrell’s – Carmen Best – resigned her position as police chief due, in part, to the hostility of the council.

Many former colleagues speak highly of Chief Best, who resigned due in part to hostility from the City Council.

"I’ve known Bruce Harrell for years," Best said Tuesday. "He has clearly established his love and care for the city not only by being a public servant, but as a lifetime resident. His long history coupled with his forward thinking makes him an important person to lead the conversation on how to positively move the move the city forward."

Harrell will join a growing field of candidates seeking to replace Mayor Durkan, who announced late last year that she would not seek a second term.