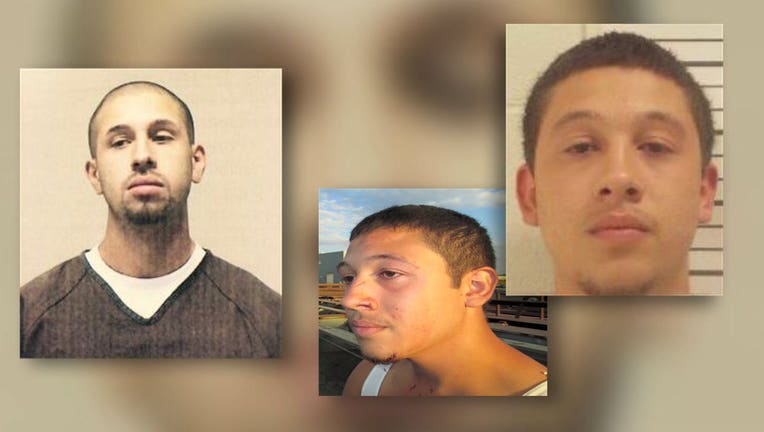 FUGITIVES CAPTURED October 23, 2015 -- Pasco Police detectives say they received leads that led them to an apartment in Walla Walla on Friday and with the assistance of Walla Walla Police and their SWAT team, arrested both Nathan and Jaden Quintero without incident. Both were booked into the Franklin County Jail on Murder 1 charges. FUGITIVES WANTED IN PASCO October 16, 2015 -- A pair of brothers are wanted for murder in the Tri-Cities. Pasco Police say Nathan and Jaden Quintero gunned down a man at 9th and River St. last week. Nathan's the big brother and goes by the nickname "Bubba." Both have felony murder warrants for their arrest. “They are well known to the police department,” says Pasco Police Sgt. Scott Warren. “We've had dealings with them in the past, in fact Nathan "Bubba" Quintero, we've had run-ins with him and he's been known to be assaultive towards police officers and considered a threat in the past and he's usually a two to three person contact with his history. In this case they had a weapon, so with all of that they're considered armed and dangerous and probably going do whatever they think is necessary to not be caught." Nathan Quintero is 23 years old. Jaden Quintero is 17 years old. If you can tell Pasco detectives where they're hiding, call an anonymous tip into: CRIME STOPPERS: 1-800-222-TIPS You must call the Crime Stoppers hotline with your tip to be eligible to receive a cash reward for information leading to a fugitive’s arrest. CLICK HERE for information on how to TEXT A TIP to Crime Stoppers