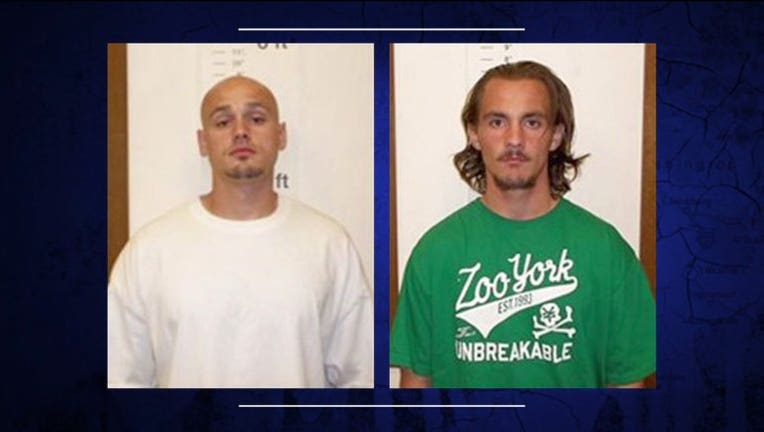 FUGITIVES CAPTURED October 20th and 22nd -- The Violent Crimes Task Force in Yakima says Raymond Barnes and his brother Ryan Fogler were both in a car that was pulled over by Yakima police on Monday. Barnes was arrested, but Fogler ran away. He was tracked down by the Task Force and arrested on Wednesday. FUGITIVES WANTED IN YAKIMA COUNTY October 17, 2014 -- A pair of brothers is on the run in Yakima County. Ryan Fogler and Raymond Barnes -- they have different last  names, but the same mother. The Violent Crimes Task Force says their mother is doing everything she can to protect them. "She will lie to keep both of her sons out of trouble. She's done it many times," said Department of Corrections Ofc. Emily Isaacs. "She's lied to their probation officer. She's lied to local law enforcement. Her one son, Ryan, he's on supervision for possession of controlled substance. He has firearm possession. This is an individual who's volatile. His brother Raymond is also on supervision for Assault 2. One of the brothers might have a police scanner, so they're trying to avoid law enforcement contact. These are two individuals who need to be caught. They both have warrants, and we need your help to find them." If you know where to find them, call an anonymous tip into: CRIME STOPPERS: 1-800-222-TIPS You must call the Crime Stoppers hotline with your tip to be eligible to receive a cash reward for information leading to a fugitive’s arrest. Click here for information on how to text a tip to Crime Stoppers.