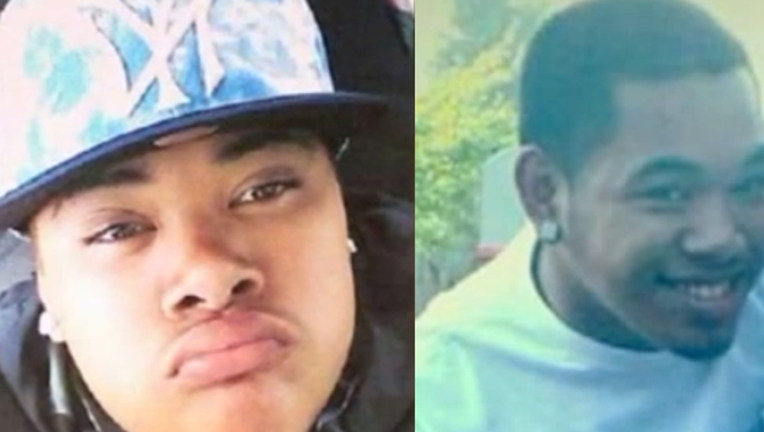 SEATTLE -- Two brothers accused of killing two people and injuring three others during a drug-related robbery at an infamous homeless encampment have been found guilty of murder and assault.

James and Jerome Taafulisia were 17 and 16 years old in 2016 when they shot five people in a targeted, drug-related robbery at The Jungle, a former homeless encampment about a mile from downtown.

Court records show their younger brother, who was 13 at the time of the shooting rampage, was convicted of murder and assault in May 2018 in juvenile court.

James and Jerome Taafulisia, now 21 and 20, were tried as adults. A King County jury deadlocked in the August 2018 trial, and another mistrial was declared in March.

James Q Tran, 33, and Jeannine Zapata, 45, were killed in the shooting.

The brothers' sentencing is set for Jan. 13.