As the high-profile legal battle over Britney Spears’ conservatorship continues, the pop star called out her family in a scathing Instagram post this weekend.

Britney Spears wrote that she is not going to perform as long as her father, James Spears, is still involved with her conservatorship. And the singer went on to say she’d been hurt by some of the actions of her little sister, Jamie Lynn Spears, over the years as well.

"I don't like that my sister showed up at an awards show and performed MY SONGS to remixes," she wrote.

She didn’t elaborate to name the occasion, but Jamie Lynn made a surprise appearance at the 2017 Radio Disney Music Awards and joined in singing a medley of her sister’s hits, as Britney Spears was receiving the Icon Award that same night. 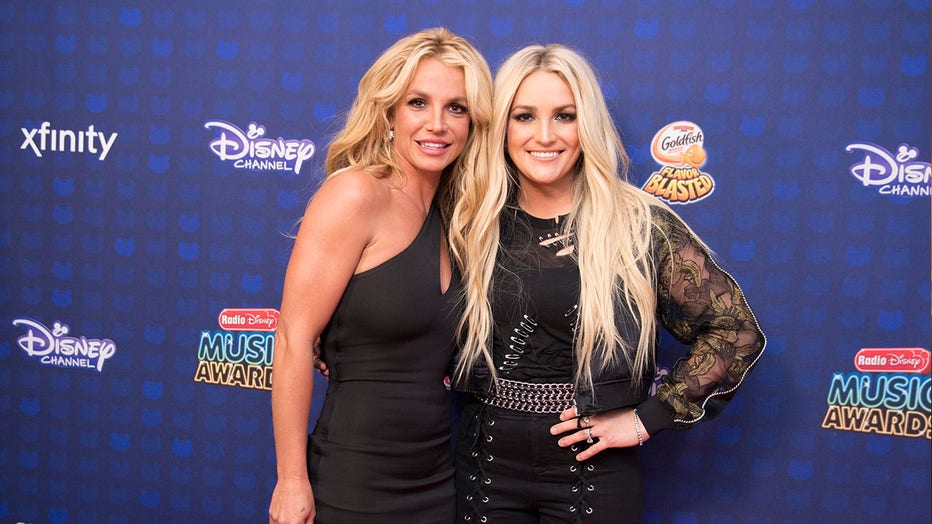 Since then, Jamie Lynn Spears has spoken out about her sister’s legal battle, calling her conservatorship "abusive" and said it's left her "traumatized" and "depressed."

But Britney Spears went on to say in her post that her "so-called support system hurt me deeply."

"This conservatorship killed my dreams," she added.

Jamie Lynn Spears appeared to be unphased by her sister’s latest post.

"Feeling solid, stable, and still on this beautiful Saturday," Jamie Lynn shared on her Instagram Story Saturday as she posed for a selfie in her car while wearing dark sunglasses and a neon yellow mask.

In a follow-up post with a similar image, she wrote, "God is all around."

And later on Sunday, the former "Zoey 101" actress shared yet another cryptic social media post. The post simply showed her modeling a red mini skirt and blazer outfit complete with red high heels. She captioned the post with a peace sign and heart emoji and tellingly turned the comments to the post off.

Meanwhile, Britney Spears said she will not be performing "on any stages anytime soon with my dad handling what I wear, say, do or think," and followed up the statement with prohibited emojis and an arms crossed emoji. "I've done that for the past 13 years."

"And no I'm not gonna put on heavy makeup and try try try on stage again and not be able to do the real deal with remixes of my songs for years and begging to put my new music in my show for MY fans ... so I quit !!!!" she wrote.

Britney Spears has been under court supervision since February 2008. She was in the midst of a public meltdown at the time and her family sought the conservatorship for her protection.

The case had for several years operated with little drama, though questions about its length and the singer's feelings arose in recent years. That has culminated into intense public scrutiny of the court proceedings, which have been conducted largely in secret due to medical and private information about the singer and her condition.

There has also been focus on the complex network of lawyers and others involved in the conservatorship.

Most recently, a judge allowed Britney Spears to hire an attorney of her choosing to represent her after her court-appointed attorney resigned.

During her June 23 speech in court, in which she condemned the conservatorship and asked Judge Brenda Penny to end it, Spears was critical of Samuel Ingham III, her court-appointed attorney, and said she wished the court would allow her to hire a lawyer of her choice.

During that hearing, Britney Spears spoke for the first time in open court about the conservatorship. She condemned those with power over her, saying she has been forced to perform live shows, compelled to use an intrauterine device for birth control, made to take lithium and other medications against her will, and prevented from getting married or having another child.

"I truly believe this conservatorship is abusive," she said.

RELATED: Britney Spears asks to end her conservatorship: 'I just want my life back'

James Spears controlled his daughter's personal life for most of the existence of the conservatorship, but he now oversees only her money and business dealings along with an estate-management firm. A court-appointed professional, Jodi Montgomery, has had power over Britney Spears’ personal decisions since her father relinquished that role, known as conservator of the person, in 2019.

Montgomery, whose appointment Britney Spears supported, is serving temporarily. The court was expected to make her role permanent, but one of James Spears' filings says his daughter's criticism of Montgomery in June suggests that she doesn't want her in the role anymore.

Judge Penny again gave little indication of what moves she'll make next, scheduling another hearing for late September and expressing hope that the warring factions will find common ground for Britney Spears' sake.

"Everybody should be working collaboratively," the judge said. "It's not about anybody else, it's about her."

RELATED: Free Britney: How does her conservatorship work, and why hasn’t it ended?

This story was reported from Detroit. The Associated Press and FOX News contributed.