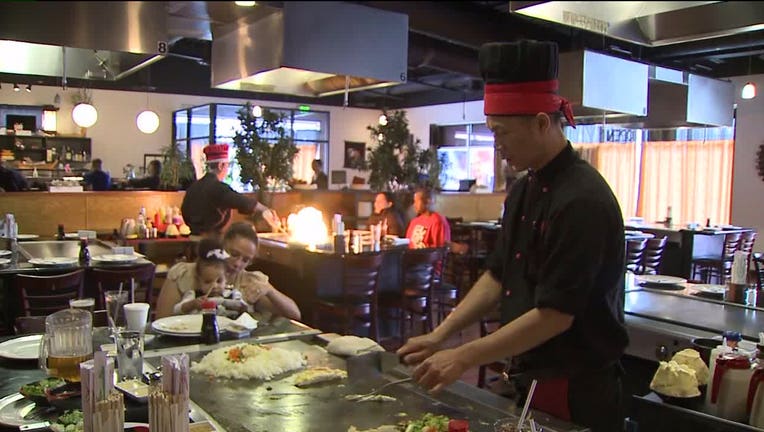 BURLINGTON -- At Sukura Japanese Steakhouse, they’ve got delicious food and put on a great show, with chefs twirling spatulas and balancing eggs.

But these days they’re playing to sparse crowds.

Since the collapse of the Interstate 5 bridge over the Skagit River, Kim’s business has been down at least 50 percent. He notices it the most during lunch hour.

“It would be typically packed by now,” Kim said as he surveyed a big room with a lot of empty tables.

Unfortunately,the traffic on the sushi carousel seems to move faster than the car traffic outside. And most of those cars aren’t stopping along Burlington Boulevard to eat or shop. The heavy traffic is also keeping the locals away.

Angela Walden’s chocolate shop is in the heart of Burlington’s outlet mall, and it resembles a ghost town. They rely on Canadian dollars, and right now the  Canadians aren’t coming.

“They’re being told by their papers and local news media to stay away,” Walden said. “That’s killing us.”

Don Wick, the director of the  Economic Development Association of  Skagit County, said some businesses are down 80 percent since the bridge fell.

He has already heard from some who are considering taking  advantage of an emergency loan program that just became available.

“We want to make sure businesses can stay healthy during this period of time,” Wick said. “It’s very important.”

It’s also important to get creative and keep a sense of humor.

Walden has renamed one of her chocolate specialties “Bridge over Truffle Waters.”

On Sukura’s facebook page, Kim is offering coupons for free appetizers and maps showing the shortest route to his restaurant. He said it’s an extra incentive to customers and he’s glad to see every last one.

“It makes you appreciate everybody,” Kim said. “I remind the employees that when it’s busy, don’t complain -- it’s a good thing.”