MOUNT VERNON -- Traffic is backing up for miles in the quiet town of Mount Vernon after the collapse of the I-5 Skagit River Bridge.

Surveillance footage from Blade Chevrolet, in Mount Vernon, captures the I-5 collapse on camera. Robin Brigge has viewed the video dozens of times.

“You see four lanes of a major interstate dropping into the river,” Brigge says. “It’s like how does that happen.”

As this reality of what happened sinks in for Brigge, the reality of the new normal is flooding the streets of Mount Vernon. I-5 was the artery through town. Now, these smaller veins are clogged with cars. Businesses hoping for customers aren’t getting their fill.

Maddie Kramer works at Nikki’s Espresso. She said, “It’s just crazy to see because you never see this many semis on this road and it’s just really crowded.”

And that crowd isn’t fond of the detour.

Kramer said, “No one wants to get out of that. Because once you’re out you’re not back.”

On Friday evening, we heard sober words of advice from WSDOT for this holiday weekend. If you’re driving through this neck of the woods, pack plenty of patience. 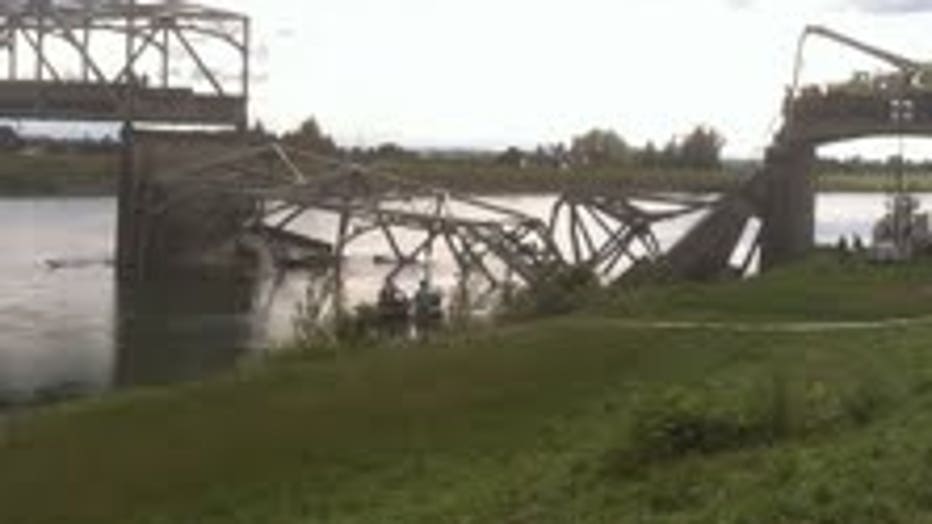