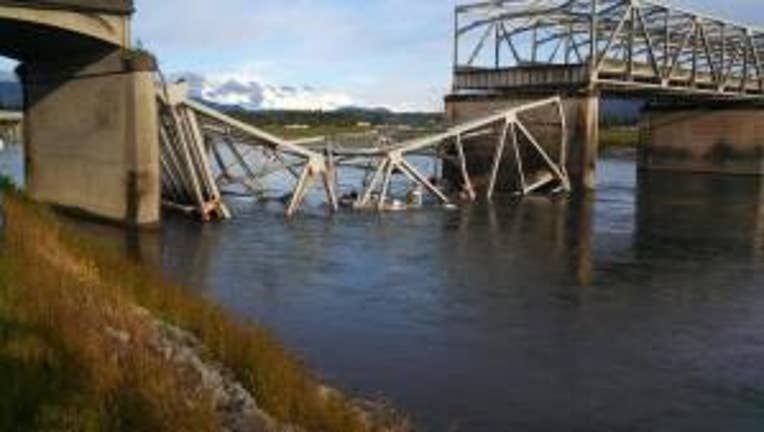 The I-5 bridge over the Skagit River collapsed Thursday. (Photo: Dusty Starling/twitter)

BELLINGHAM - The economic  impact of the Skagit River bridge collapse will hit Whatcom County's economy in the pocket book.  The trucking and transportation industries make more than 600,000 trips per year, south from Canada into Whatcom County each year, the Bellingham Herald reported.  Of those trips, 70 percent of that traffic heads south across what was the I-5 Skagit River bridge, the paper reported.

And it's a big deal for commerce trucking north, with about 500,000 trips annually going through border crossings into Canada.  It's estimated that from $10 billion to $12 billion dollars in commerce flow in either direction, the Bellingham Herald reported.

Depending  on how long repairs to the collapsed Skagit River bridge take, some Canadian companies may reroute their trucks through the crossings east of the mountains.  Additionally, shipping containers from Asia maybe divererted to the Port of Vancouver instead of the Port of Seattle, the paper reported.