SAN MATEO, Calif. (KTLA) — Five women, including a bride-to-be, are confirmed dead after a limousine burst into flames on the San Mateo Bridge, in the San Francisco area. 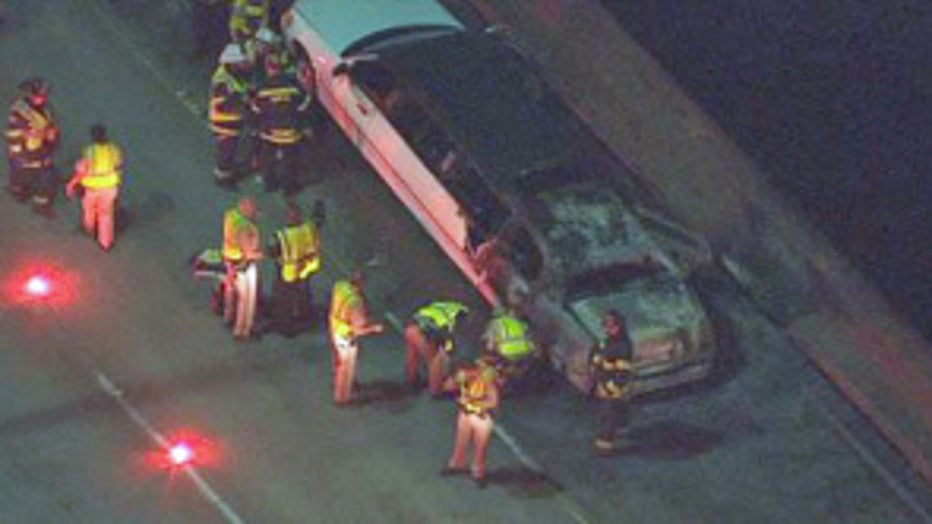 The fire was reported around 10 p.m. Saturday night on the westbound lanes of the bridge, according to the CHP.

The limo was carrying nine female passengers and a male driver when smoke started coming out of the back of the vehicle.

The driver pulled over as the limo burst into flames, but five people inside became trapped and were killed.

The women were on their way to a bridal shower, according to the San Francisco Chronicle.

The bride-to-be was among the dead, the mother of one of the survivors told The Chronicle. KGO-TV in San Francisco identified her as 31-year-old Neriza Fojas.

Four of the ladies managed to escape after the vehicle came to a stop on the bridge.

All four were treated for smoke inhalation and burns. The driver was not injured.

Authorities said the other names of the dead would be released once their families were notified.