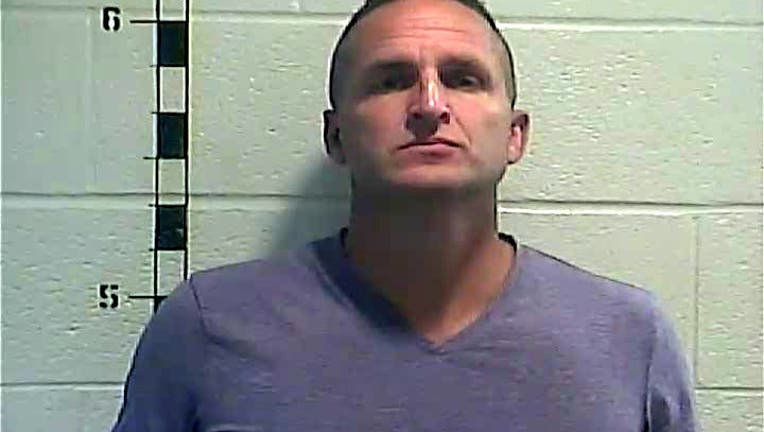 LOUISVILLE, Ky. (AP) - A Kentucky jury on Thursday cleared a former police officer of charges that he endangered neighbors when he fired shots into an apartment during the 2020 drug raid that ended with Breonna Taylor’s death.

The panel of eight men and four women delivered its verdict about three hours after it took the case following closing arguments from prosecution and defense attorneys.

Hankison had been charged with three counts of wanton endangerment for firing through sliding-glass side doors and a window of Taylor’s apartment during the raid that left the 26-year-old Black woman dead. Hankison’s attorneys never contested the ballistics evidence, but said he fired 10 bullets because he thought his fellow officers were "being executed." 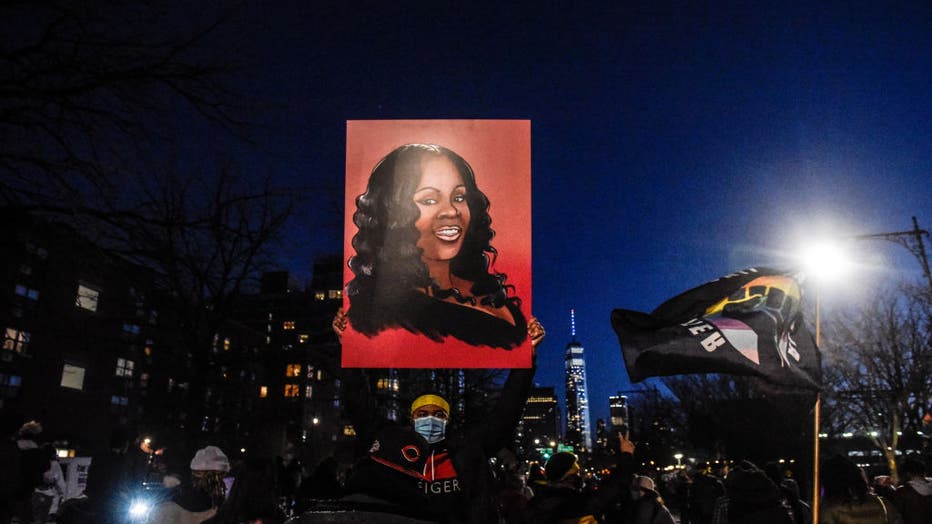 NEW YORK, NY - MARCH 13: People march on the West Side Highway in a protest to mark the one year anniversary of Breonna Taylor's death on March 13, 2021 in New York City. Breonna Taylor was a Black medical worker who was shot and killed by Louisville

Hankison did not appear outside the courtroom after the verdict was read. But his attorney Stewart Mathews said he and his client were "thrilled."

Asked what might have swayed the jury, Mathews replied, "I think it was absolutely the fact that he was doing his job as a police officer. ... The jury felt like you go out and peform your duty and your brother officer gets shot, you got a right to defend yourself. Simple as that. "

Taylor’s mother, Tamika Palmer, and a group of friends and family left without commenting after the verdict.

Hankison, 45, testified during the trial that he saw a muzzle flash from Taylor’s darkened hallway after police burst through the door and thought officers were under heavy fire, so he quickly wheeled around a corner and sprayed 10 bullets, hoping to end the threat.

But in closing arguments Thursday, prosecutors cast doubt on what Hankison said he saw, challenging whether he could have looked through Taylor’s front door when police broke it open with a battering ram.

"He was never in the doorway," Whaley told the jury. Referring to Taylor she added, "His wanton conduct could have multiplied her death by three, easily."

Whaley also reminded the jury that none of the other officers who testified recalled Hankison being in the doorway before the gunfire began. All the shells from his weapon were found in the parking lot, among a row of cars.

She said while other officers were in the line of fire of a single shot fired by Taylor’s boyfriend, Hankison was "over here, shooting wildly through sliding-glass doors covered with vertical blinds and drapes."

The former narcotics detective admitted to firing through Taylor’s patio doors and bedroom window, but said he did so to save his fellow officers. Asked if he did anything wrong that night, he said "absolutely not." Hankison was fired by Louisville Police for shooting blindly during the raid.

Mathews told the jury in his closing argument Thursday that Hankison thought he was doing the right thing and is not a criminal who belongs in prison.

"He did what he thought he had to do in that instant. This all happened in such a short span," Mathews said.

A 20-year veteran K-9 officer assigned to handle a drug-sniffing dog during the raid, Hankison said he was positioned behind an officer with a battering ram, and could see the shadowy silhouette of a person "in a shooting stance" with what looked like an AR-15 rifle as Taylor’s door swung open.

No long gun was found — only the handgun of Taylor’s boyfriend Kenneth Walker, who told Louisville Police investigators he thought intruders were breaking in. Investigators determined Walker fired the shot that passed through the leg of Sgt. John Mattingly, who along with officer Myles Cosgrove, returned fire. A total of 32 rounds were fired by police. Walker wasn’t hit.

Whaley said other officers next to Cosgrove and Mattingly chose not to fire, and there was no evidence of any shots from a long rifle at the scene.

"Nobody got shot with an AR because there never was one," she said.

The killing of Taylor loomed over the trial, though prosecutors insisted in opening statements that the case wasn’t about her death or the police decisions that led to the March 13, 2020, raid. Jurors were shown a single image of her body, barely discernible at the end of the hallway.

Taylor, a 26-year-old emergency medical technician who had been settling down for bed when officers broke through her door, was shot multiple times and died at the scene.

Kentucky Attorney General David Cameron ’s prosecutors asked a grand jury to indict Hankison on charges of endangering Taylor’s neighbors, but declined to seek charges against any officers involved in Taylor’s death. Protesters who had walked the streets for months were outraged.

Taylor’s name, along with George Floyd and Ahmaud Arbery — Black men who died in encounters with police and white pursuers — became rallying cries during racial justice protests seen around the world in 2020.

The jury of 10 men and five women was selected after several days of questioning from a pool expanded to about 250 people. Before deliberations, the jury was reduced to eight men and four women after three alternates were dismissed. The judge declined to release details about their race or ethnicity.