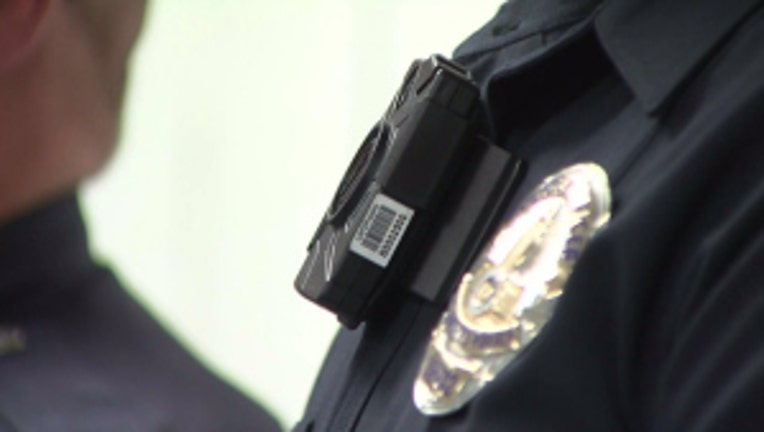 BREMERTON - Next time you talk to a Bremerton police officer, you may want to smile.  Not only is it polite, but that officer may soon be wearing a small camera.  The Bremerton Police Department will soon begin testing  cameras that attach to the officer's uniform collar or glasses, the Kitsap Sun reported.

Bremerton PD would be one of a number of police agencies to employ the body mounted cameras.  In many cities where police wear the tiny cameras, the number of complaints against officers has declined, the paper reported.  Police Chief Steve Strachan is in favor of the cameras because (when) "...we do tell people they're being videotaped, it usually changes their behavior."

Bermerton's test cameras should arrive next month.  Two Bremerton police officers will test them before the department makes a final decision, the Sun reported.  The cameras retail for $499.

If adopted by Bremerton PD, the department would join Bainbridge Island PD, which added chest-mount cameras in 2011.  Poulsbo PD will issue body cameras to 15 of it's officers this year.

The police departments that employ the body cameras say that the video images provide an independent witness that can verify or refute complaints against officers.