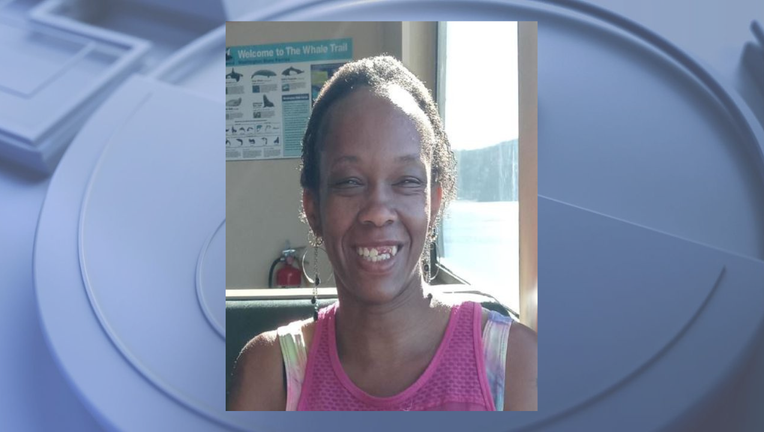 SEATTLE - Bremerton Police are looking for an endangered woman who was last seen on Sept. 19 in Seattle.

Police say 31-year-old Sade Hurst is developmentally delayed and has the mental capacity of an 8-year-old. She is bipolar and schizophrenic and does not have her medication with her, police said.

She was last seen at the Seattle Ferry Terminal around 5 p.m. on Monday, Sept. 19. Police say she was supposed to be heading home to Bremerton but she never arrived.

Hurst is around 5'05" and weighs 120 pounds. She has brown hair and brown eyes and was last seen wearing jeans, a blue and gray jacket, black and white tennis shoes with a pink backpack or purse.