BREMERTON -- Reacting to homeowners' complaints about increasing raccoon problems, the Bremerton City Council has approved ordinance changes that will raise fines for people feeding the animals. 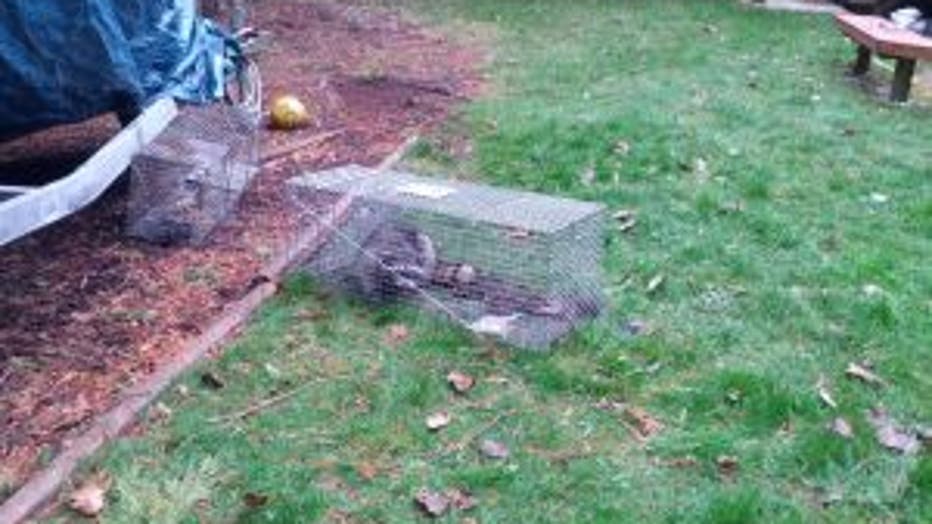 Jason Demerick says his backyard has become a toilet for raccoons.

“You look out your window and there’s four to six raccoons on the shed or walking around the yard looking for stuff,” Demerick said Wednesday.

Over the past seven years, he says he’s had to replace his patio furniture and even make repairs to his fence because the animals keep tearing his stuff apart.

But he says the problem persists because his next-door neighbor continues to feed the wildlife.

“We’ll be cooking dinner and you can see them putting the food out and I’m like, stop feeding the raccoons!” Demerick said.

From the street, you can see the bowls on the neighbor’s back deck.

Nobody answered the door at his neighbor’s house, but a dish of nuts was sitting out on the front porch.

The city wants to contract with the USDA to educate people how to stop attracting raccoons.

It’s an attempt to reduce health and safety threats and minimize property damage by the raccoons.

Demerick had hoped the council would pass the ordinance changes so he can enjoy summer in his backyard.

“You can only imagine an 80-90 degree day outside wanting to have a barbecue and fun, and all you smell is extremely hot feces,” said Demerick.