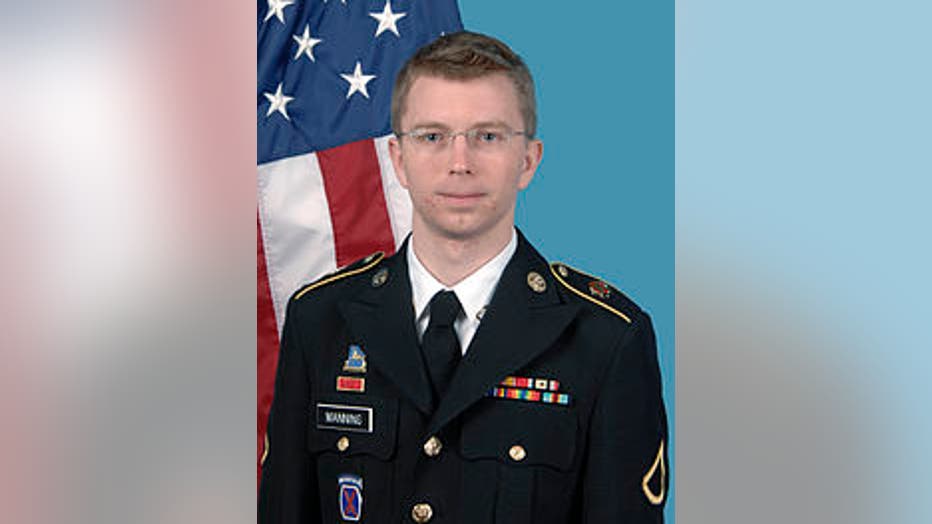 FT. MEADE, Md. — The judge in the court martial of Army Pfc. Bradley Manning on Thursday turned down a defense request to dismiss the most serious charge against him -- aiding the enemy -- setting in motion closing arguments in the first of a pair of high-profile cases against government leakers.

The decision by Col. Denise Lind means that Manning, 25, who provided the anti-secrecy group WikiLeaks with more than 700,000 classified war documents, State Department cables, combat videos and other items, could ultimately be sentenced to life in a military brig with no possibility of parole if the judge finds him guilty of aiding the enemy.

The judge said the government had provided evidence that established Manning “actually knew he was dealing with the enemy” by providing WikiLeaks with material that he knew would be posted on the Internet and thus made available to Al Qaeda and other terrorist organizations.

“He was knowingly providing information to the enemy,” Lind said.

Manning has pleaded guilty to 10 lesser charges for mishandling classified material and that alone could get him 20 years in prison. Even had the judge tossed out the aiding-the-enemy charge, Manning still would have faced 154 years in prison if convicted of all the other offenses, including espionage and stealing government property.

Thursday’s ruling could have broad implications for other alleged government leakers, including former National Security Agency analyst Edward J. Snowden, because the judge here dimissed the defense's chief argument that Manning never purposely helped Al Qaeda and other terrorist organizations and assumed they could obtain much of the material on the Internet anyway.

Snowden, holed up for weeks inside a Moscow airport transit zone, faces criminal charges in federal court in Alexandria, Va. If he is ever forced to stand trial in the U.S., he could find similar problems in trying to mount a defense that he was only a whistle-blower publicizing government abuse and not an arm of the enemy.

In the Manning case, military prosecutors presented evidence that some of the material posted on the Internet by WikiLeaks and reported by news outlets around the globe ultimately reached Al Qaeda leader Osama bin Laden and other terrorist networks.

The prosecutors said Manning was given extensive training and trained other soldiers on the importance of safeguarding classified material and he “should have known” and in fact “did know” that the enemy would benefit from the disclosures.

“He knew exactly what he was doing in exposing that information,” said Capt. Angel Overgaard. “The enemy was looking for this specific information.”

But Manning’s lead attorney, David L. Coombs, said his client never had any “actual knowledge” the documents would assist terrorists. “The army does not know whether the enemy goes to WikiLeaks,” Coombs told the judge this week. “We simply do not know.”