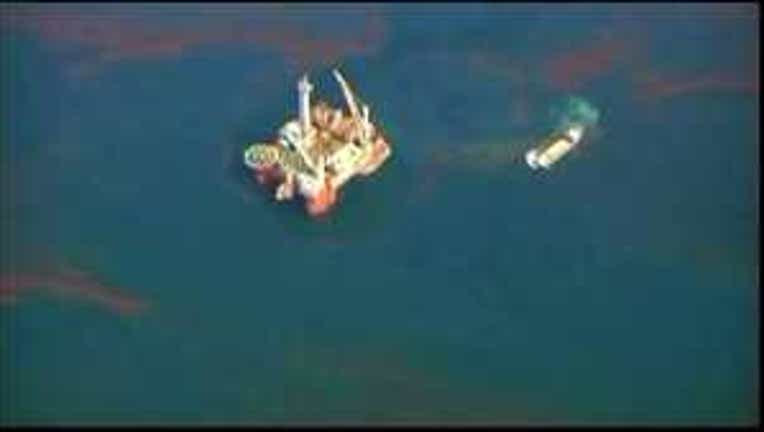 NEW YORK (CNNMoney) -- BP will pay a record U.S. fine to settle criminal claims arising from the 2010 Deepwater Horizon oil spill in the Gulf of Mexico, a Department of Justice official said Thursday.

Details of the BP settlement will be revealed later Thursday when Attorney General Eric Holder is expected to join federal and local officials in New Orleans for an announcement, DOJ officials told CNN.

Prior to this settlement, the largest U.S. criminal fine was a $1.3 billion payment by drugmaker Pfizer (PFE, Fortune 500) in 2009, part of a $2.3 billion settlement in a case involving the misbranding of Bextra, an anti-inflammatory arthritis drug.

The London-based oil company said earlier Thursdaythat negotiations with the Department of Justice and the Securities and Exchange Commission were "advanced." The company had no further comment.

Any settlement is subject to federal judicial review, and will absolve the company of civil claims. In addition, BP (BP) still faces a potential fine from the U.S. federal government tied to environmental damages in the Gulf.

The fine comes on top of $20 billion that the company has agreed to pay into a trust fund to meet damages claims from the spill. It said it expects to pay a final $860 million into that fund this quarter.

BP reported a $17.2 billion loss in the quarter when the explosion took place. But it has been profitable since then, booking total profits of $43 billion over the course of the subsequent nine quarters.

In April 2010, an explosion on BP's Deepwater Horizon rig killed 11 workers and fouled the Louisiana coastline and other parts of the Gulf with millions of barrels of oil. It was one of the worst oil spills in history.

Family members of the victims who spoke to CNN Thursday said they were pleased that BP was being forced to pay for the blast, but said it doesn't make up for their loss.

"It doesn't bring my boy back, but it does show everybody that they're guilty and everybody knows it," said Billy Anderson, whose son Jason was one of the rig workers killed.

Arlene Weise lost her 24-year-old son Adam on the rig that day.

"I knew all along that BP was the devil in that accident," she said. "Now they're getting their due."

But Weise said Thursday's announcement offered only a limited sense of justice.

"It doesn't matter how much money anyone pays," she said. "It doesn't nearly amount to what we've lost."

The well was capped three months after the explosion, but in that time, the spill caused extensive environmental damage to the Gulf. Embattled CEO Tony Hayward was forced to resign, and BP shares plummeted.

BP has reached a $7.8 billion settlement with lawyers representing private-sector victims. But in September, the Justice Department accused BP of gross negligence and a "culture of corporate recklessness" in a federal court filing, which expanded the company's liability.

No criminal charges have yet been filed, and a major civil trial set to take place in New Orleans has been delayed until February 2013.

Transocean, the owner and operator of the rig, also has unresolved liability issues. The DOJ, in its September filing, said the company is also guilty of gross negligence.

"BP did not act alone, by any means, and its gross negligence and willful misconduct are inextricably joined with the acts and omissions of Transocean," the government said in the filing.