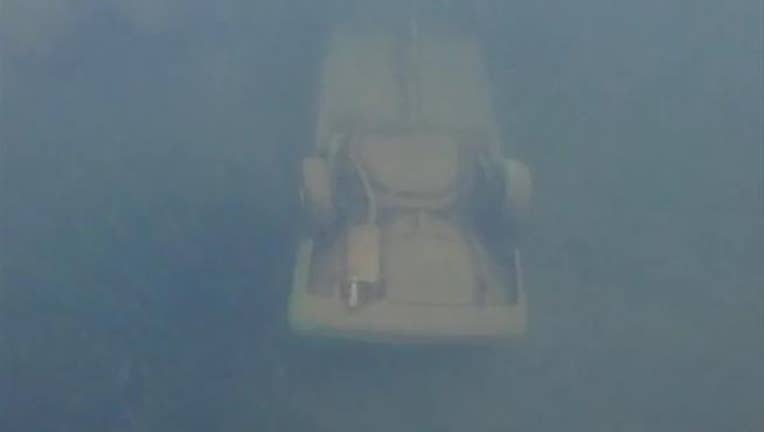 Max used his camera to record video of the submerged vehicle. (RCMP)

REVELSTOKE, British Columbia – The family of a Canadian woman who disappeared in 1992 finally know what happened to their loved one, thanks to 13-year-old Max Werenka and his GoPro camera.

Max, whose family owns cabins on Griffin Lake near Revelstoke, BC, spotted what appeared to be a submerged vehicle around 15 feet below the surface of the mountain lake, which is just off the Trans-Canada highway, the CBC reports.

His family notified the Mounties and when officers arrived to investigate, Max led them to the site before diving in and recording video to confirm that it was a car. Officers later hauled a 1986 black Honda Accord from the lake. Inside was the body of Nancy Farris, a 69-year-old Vancouver Island resident who had disappeared while driving to a wedding in Alberta 27 years earlier.

Police believe Farris ended up in the lake after losing control of her vehicle or swerving to avoid an animal. She was last seen at a gas station in Salmon Arm, more than 60 miles west of Revelstoke.

After she vanished, relatives and police scoured the highway but found no trace of her. "I think the worst thing was not knowing," says her son, 62-year-old George Farris. "Given a sad situation, it's the best of all outcomes."

He says the family now has closure, "the end of the story," and they plan to bury her remains alongside those of her husband, who died in 1984.

Royal Canadian Mounted Police Cpl. Thomas Blakney tells CTV that officers are impressed with Max's "outstanding" detective work. "The RCMP will probably be looking at this guy down the road for potential employment," he says. (Read more Canada stories.)