Police have identified the boy from the 1957 "Boy in the Box" case nearly 66 years after his body was found in a blanket in a box in Philadelphia's Fox Chase neighborhood.

PHILADELPHIA - Police have officially released the identity of the child victim in one of Philadelphia's most notorious cold cases.

In February of 1957, the badly bruised and naked body of a child was found in the area of Susquehanna Road in Philadelphia's Fox Chase neighborhood. The boy, believed to be between the ages of four and six, was wrapped in a blanket and placed inside a bassinet box, according to authorities. Police say the boy was malnourished and his body had signs of recent and past trauma.

Police released the boy's photo on a poster all over the city as law enforcement searched for a suspect. Detectives pursued thousands of leads across the country, but officials were never able to figure out the boy's identity until now. 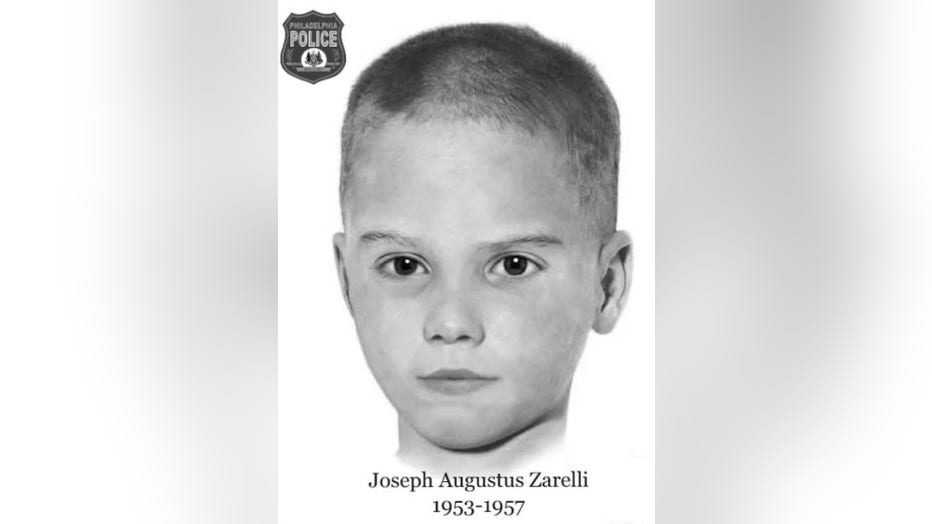 Police have identified the child in the 1957 "Boy in the Box" case as Josephy Augustus Zarelli.

The boy was identified as four-year-old Joseph Augustus Zarelli of West Philadelphia, who was born on January 13, 1953.

Outlaw said science and technology were instrumental in identifying the child, whose name remained unknown for nearly 66 years.

"For sixty-five years, the story of America’s Unknown child has haunted this community, the Philadelphia Police Department, our nation, and the world," she said. "Despite the fact that Joseph Augustus Zarelli’s entire identity and rightful claim to his own existence was taken away, he has never been forgotten. This case brings hope that there will never again be an unidentified victim of homicide in the City of Philadelphia. I am grateful to the investigators, scientists, and medical personnel who worked so tirelessly on this case." 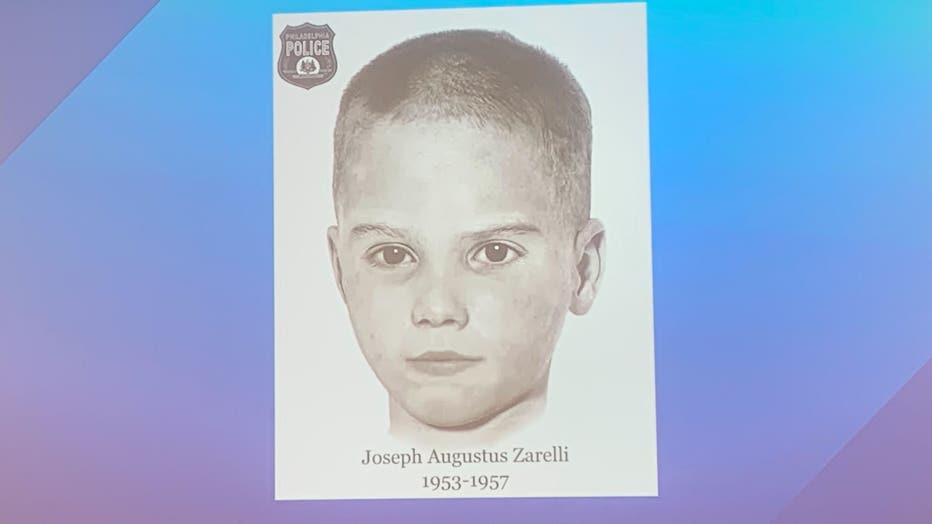 Police have identified the child in the 1957 "Boy in the Box" case as Josephy Augustus Zarelli.  (Philadelphia Police Department)

Police say they will not release the name of the child's parents at this time out of respect for the boy's living siblings.

Authorities say they have suspicions about who is responsible for the boy's death, but they will not release the information as they continue to investigate.

The child's death certificate has now been altered to display the boy's name, birthdate and date of death.

According to police, the science and technology used in this case will be used to identify other unidentified victims of homicides in the city of Philadelphia.

Authorities say the boy's death remains an active homicide investigation. Anyone with information on the case is urged to contact the Philadelphia Police Department's Homicide Division at 215-686-3334.

As is the procedure for all Philadelphia homicide cases, the city is offering a $20,000 reward for information that leads to an arrest or conviction in the case.