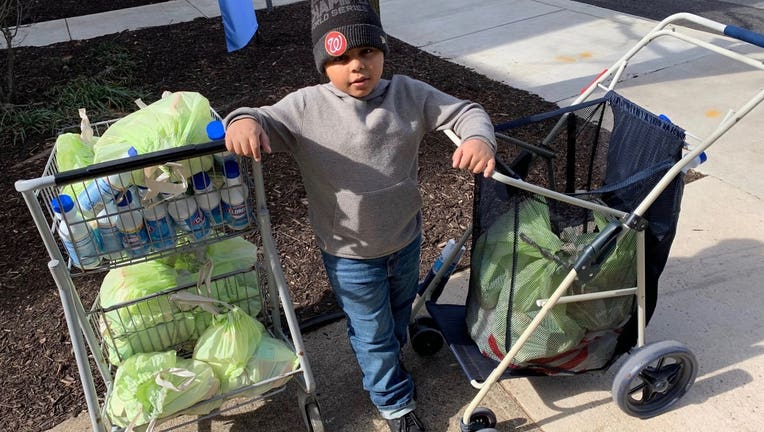 Cavanaugh Bell, 7, of Gaithersburg, Maryland is helping others out of his own savings during the coronavirus outbreak. (Courtesy of “Cool and Dope.” Taken by his mother, Llacey Simmons.)

Amid the coronavirus pandemic, a first-grader in Gaithersburg, Md., used money he saved up to help those in need as a way to overcome fear with acts of love.

Cavanaugh Bell, 7, spent $600 of his own money, saved up from two birthdays and three Christmases, to purchase and package 65 "COVID-19 Carepacks" along with 31 hot meals from a local restaurant, Buca Di Beppo, to serve to senior citizens and help the local businesses impacted by being closed after Gov. Larry Hogan shut down restaurants Monday. 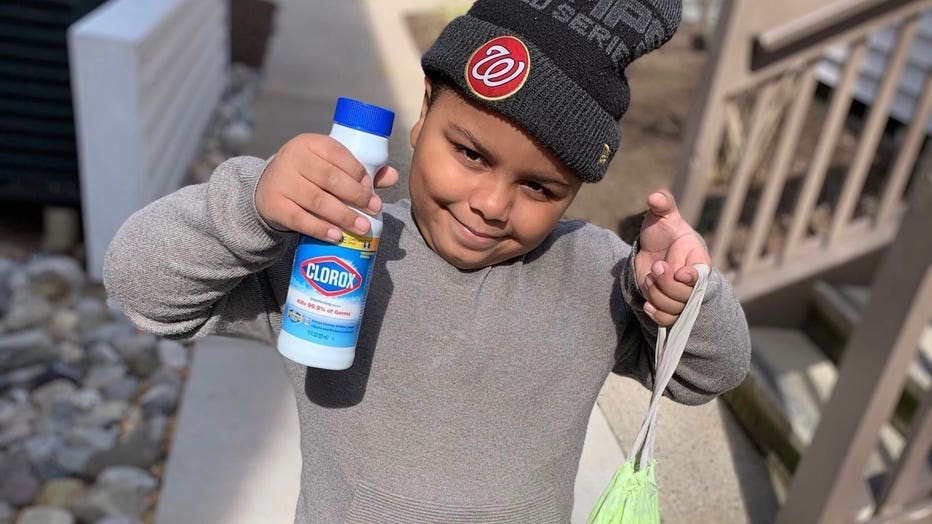 He filled several shopping carts with food and a bottle of bleach to hand out to seniors. One responded, "Oh, thank you, sweetie!"

The 7-year-old added in another video, "Don't forget our senior citizens. They need to eat, too."

On top of that, he also helped feed 90 students in need on Thursday.


Cavanaugh started a non-profit called "Cool and Dope" with the mission to "eradicate all bullying and youth suicide through political and social action by his 18th birthday on Nov. 20, 2030."

He became a philanthropist and anti-bullying activist after, at just 5 years old, he was bullied to the point of having suicidal thoughts. His mom encouraged him to counteract his experience by creating a movement to spread positivity and love.

In such a short amount of time and at a young age, he's already accomplished so much.


He gave a TEDX Youth Talk, got the city of Gaithersburg to dedicate February 21 as Bullying Awareness Day in honor of Gabriel Taye, an 8-year-old in Ohio who committed suicide because of bullying in 2017, his county designated October as Bullying Prevention Month, and this October he hopes to lead the Anti-Bullying Rally in Washington, D.C.