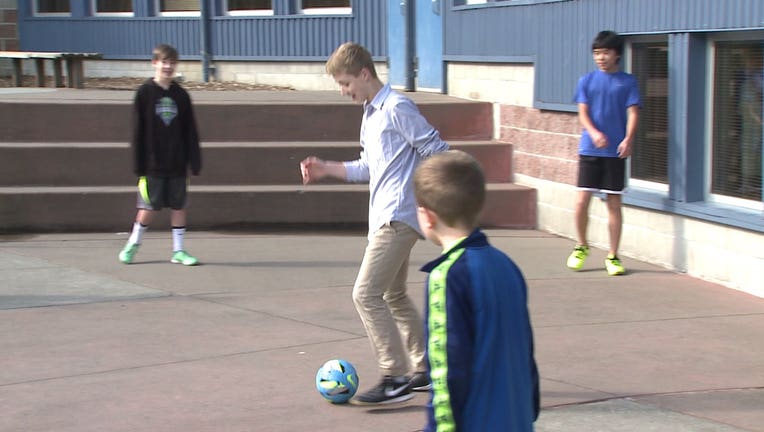 Students at Skyview Junior High in Bothell organize the 'Futsal Cup' to earn place at We Day Seattle on March 21. (Photo: KCPQ-TV/March 10, 2014)

BOTHELL, Wash – Students at Skyview Junior High are raising money to help get clean water to a village in Sierra Leone by organizing a special athletic event this summer.

The event is called the “North Shore Futsal Cup” and it’s a game similar to soccer.

The kids are doing all this as they gear up for “We Day Seattle,” which is an annual event to get kids involved in local and global communities.

"I don't think it's ever too early to try and help out,” said student Skyler Parris.

We Day Seattle is coming up March 21 at KeyArena.