The explosives used in the Boston Marathon bombs were crudely designed, leading some federal investigators to hypothesize that they were domestic rather than international in origin, three federal law enforcement officials said Tuesday.


But while unsophisticated, the devices did show signs of having been constructed by someone with at least some experience in explosives, said the officials, who would not speak publicly because the investigation was in its early stages.

“It’s somebody with some basic rudimentary skills in circuitry,” said one official. “So there’s a level of experience here. And that shows some skills.”

They said initial signs suggest the devices were concealed in backpacks and that the assailant or assailants triggered the explosions by using timing mechanisms or set them off remotely using a cellphone. 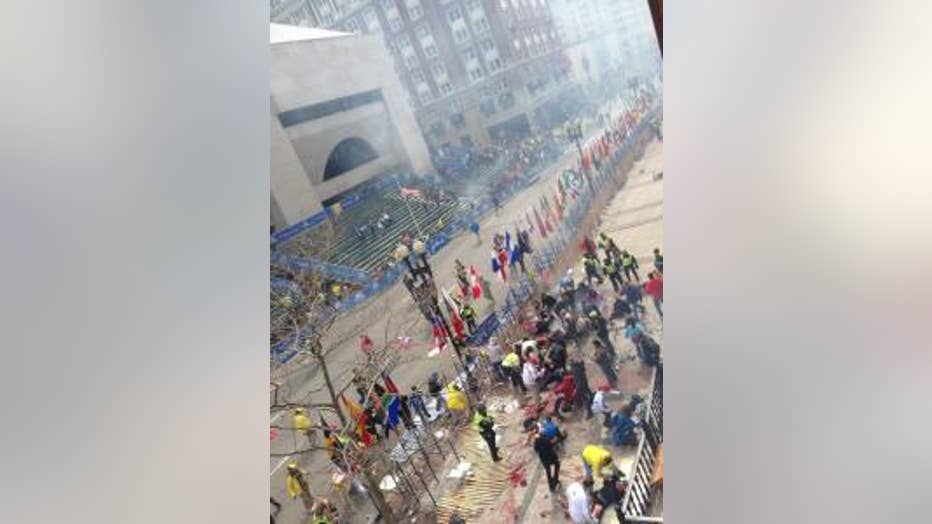 The bombing Monday did not carry the hallmark of sophisticated explosives seen in foreign terrorist attacks using suicide bombers or improvised explosive devices planted along roadsides, they said. The bombs did not appear to have used plastic explosives, for example. And the white smoke seen on videos of the blast indicates it was “not a pristine military device” which would have emitted dark smoke.

“These look like crude devices. Unsophisticated,” said another official.

Another indicator that the blast did not have international origins is that no group has claimed responsibility for the attack, and no further threats have been issued. Foreign terrorists often boast, and warn of more attacks to come.

“Pecking marks” in a wall near the blast indicate that small nails were used as shrapnel, consistent with reports from doctors that they found small nails in the bodies of those killed and wounded.

Even though no suspects have emerged, authorities said there are enough good leads and “plenty of signs” left at the scene for investigators to work on.

“This is going to be going on for weeks,” one official said of the investigation. “We’re waiting to see, waiting to hear, where the new details lead us. We’re getting more guys on the ground there, and they will start analyzing the fragments left from the devices.”

Authorities said they hoped to find enough remains of a pipe or backpack to trace those items back to when and where they were purchased, and also look for any recent chemical explosives that were sold in the Boston area. “We might be able to run it back to a warehouse,” one official said.

They said they also can trace the type of digital clock used in a timing device, if the clock was placed in an “upper pocket” of a backpack and “shot away from the blast.” As one official said, “we would want to know where that clock came from.”

And they said they might be able to “run back” any cellphone calls. “But those calls can be difficult, unless the call was made close to the impact,” one official said.

Officials also hope to recover bomb residue from the bodies of those killed and injured, as well as from the shoes and clothing of other spectators.

They added that videos from the scene and interviews with witnesses are crucial, but also sometimes confusing. They said, for instance, there were reports from witnesses of a man with two backpacks near the scene before the blast.

“But who watching the race wasn’t carrying a backpack or a bag or something?” said one official.

Officials said attacking the finish line of the very popular race was an assault on a “choke point of people crowded together.”

One official said the assailant or assailants “wanted the bombs to go off simultaneously for the most damage.