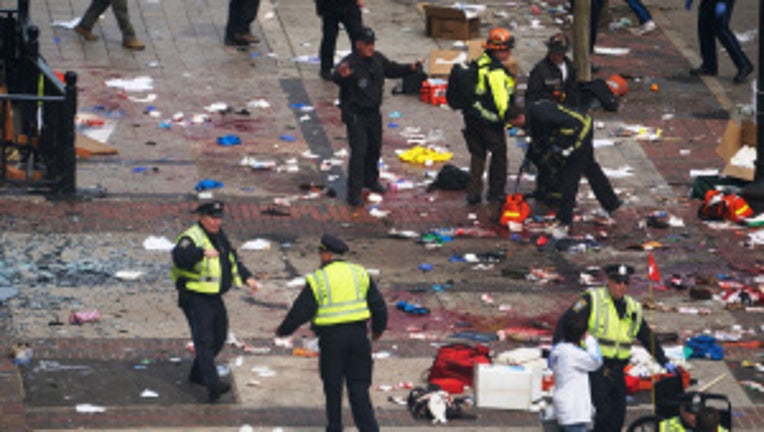 (CNN) -- As part of revamped security following last year's deadly bombings, the Boston Marathon has banned various items for the 2014 race, including bags, costumes and strollers.

Backpacks, handbags, suitcases and similar items are prohibited from this year's race.

So are containers with more than 1 liter of liquid, costumes covering the face, and bulky clothes such as vests with pockets.

The items will not be allowed anywhere near the 26-mile course, organizer Boston Athletic Association said in a statement Wednesday.

Runners are allowed to carry clear, plastic bags provided by the organizers. They can also run with small fanny packs for medication and cell phones, and fuel belts that hold a bottle under one liter.

Unregistered runners and cyclists, who jump into the race along various points, are not welcome this year, either.

"We are aware that many people want to participate in some way in this year's Boston Marathon as a display of support," the statement said. "But we ask that those who are not official participants to refrain from entering the course for the safety of the runners and themselves."

On April 15 last year, double bombings hit the Boston Marathon, which attracts elite runners from all over the world. They exploded within 12 seconds of each other. Three people died and 264 others were injured.

Two brothers, Tamerlan and Dzhokhar Tsarnaev, are suspected of planting the homemade bombs near the finish line.

The latter faces a potential death penalty and appears in court in November. His brother was killed in a police shootout shortly after the bombings.

The 118th Boston Marathon will be held on April 21.