Cambridge, Mass. (CNN) -- The first image the nation saw of the two brothers may serve as more than a pivotal clue to investigators in the Boston Marathon bombings. It is, perhaps, a snapshot of their relationship: One leads, the other follows.

That's how some friends remember the Tsarnaev brothers: At 26, Tamerlan was seven years older than his brother Dzhokhar, who followed his big brother around like a puppy.

And with their father in Russia, the older brother may have become a father figure to the 19-year-old these past few months. At 6-feet-3, Tamerlan was, by many accounts, an intimidating presence with increasingly strong convictions about society and religion in recent years. 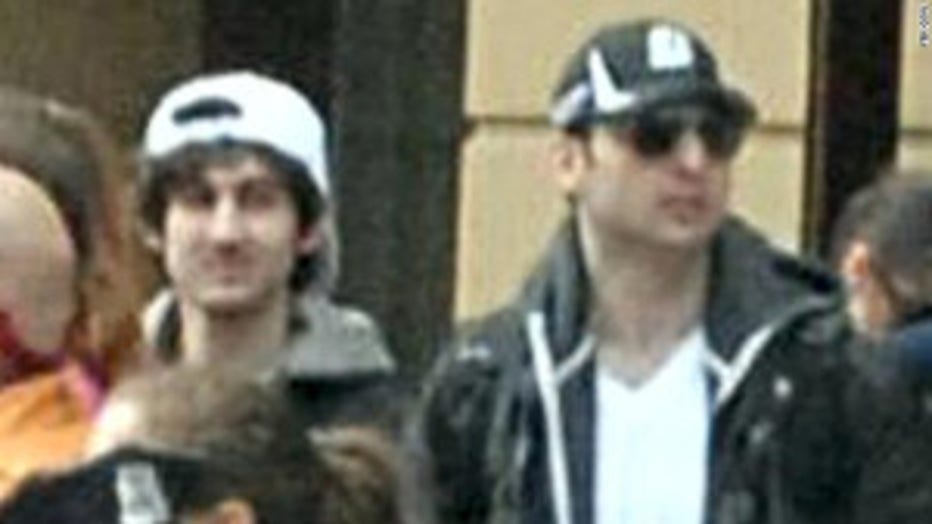 But the picture that is emerging of the now infamous brothers is also fuzzy -- just like the surveillance video.

An investigator who studied their video images after the bombings said the two brothers "acted differently than everyone else" -- they stuck around and watched the carnage unfold, and walked away "pretty casually."

Aquaintances of the brothers, now dredging their memories, find themselves short on clues. Many say both were likable and well-loved in their neighborhood, not loners driven away by society.

The casual air of the brothers seemed to mean nothing before Monday, April 15.