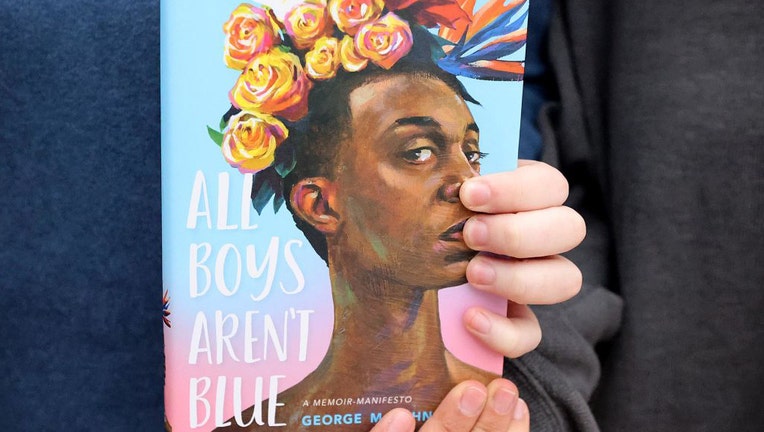 FILE-"All Boys Aren't Blue" is one of the books on a list of the 10 most challenged books in school libraries. (Stephen M. Dowell/Orlando Sentinel/Tribune News Service via Getty Images)

WASHINGTON - The American Library Association (ALA) released a report revealing that book banning, attempted book banning, and threats against librarians rose over the past year. This information is detailed in the ALA's annual State of America’s Libraries Report, released Monday.

ALA’s Office for Intellectual Freedom tracked 729 challenges of books at public schools and libraries resulting in nearly 1,600 book challenges or removals. The most targeted books were by or about Black or LGBTQ individuals, according to the report.

RELATED: Banned books from school libraries on the rise across the country

"The 729 challenges tracked by ALA represent the highest number of attempted book bans since we began compiling these lists 20 years ago," ALA president Patricia "Patty" Wong said in a statement.

Wong added: "We support individual parents' choices concerning their child's reading and believe that parents should not have those choices dictated by others. Young people need to have access to a variety of books from which they can learn about different perspectives. So, despite this organized effort to ban books, libraries remain ready to do what we always have: make knowledge and ideas available so people are free to choose what to read."

The two most challenged books on the ALA's top 10 list have been in the news often: Maia Kobabe's graphic memoir about sexual identity, "Gender Queer," and Jonathan Evison's "Lawn Boy," a coming-of-age novel narrated by a young gay man. Both have been singled out by Republican officials.

Kobabe and Evison noted during recent interviews an irony of their books being targeted: Neither set out to write a story for young people. But they gained a following among students with the help of the American Library Association, which has given each book an Alex Award for works "written for adults that have special appeal to young adults, ages 12 through 18."

"I think a big part of our books getting so much attention is that they're award winners and ended up being purchased by libraries all over the country," Kobabe said.

Below is the full list of challenged books tracked by the American Library Association:

1. Gender Queer, by Maia Kobabe — Banned, challenged, and restricted for LGBTQIA+ content and because it was considered to have sexually explicit images.

2. Lawn Boy, by Jonathan Evison — Banned and challenged for LGBTQIA+ content and because it was considered to be sexually explicit.

3. All Boys Aren't Blue, by George M. Johnson — Banned and challenged for LGBTQIA+ content, profanity, and because it was considered to be sexually explicit.

4. Out of Darkness,  by Ashley Hope Perez — Banned, challenged, and restricted for depictions of abuse and because it was considered to be sexually explicit.

5. The Hate U Give, by Angie Thomas — Banned and challenged for profanity, violence, and because it was thought to promote an anti-police message and indoctrination of a social agenda

6. The Absolutely True Diary of a Part-Time Indian, by Sherman Alexie — Banned and challenged for profanity, sexual references and use of a derogatory term.

7. Me and Earl and the Dying Girl, by Jesse Andrews — Banned and challenged because it was considered sexually explicit and degrading to women.

8. The Bluest Eye, by Toni Morrison — Banned and challenged because it depicts child sexual abuse and was considered sexually explicit.

9. This Book is Gay, by Juno Dawson — Banned, challenged, relocated, and restricted for providing sexual education and LGBTQIA+ content.

10. Beyond Magenta, by Susan Kuklin — Banned and challenged for LGBTQIA+ content and because it was considered to be sexually explicit.

The ALA collects data through media accounts and through cases it learns about from librarians and educators and other community members. Books preemptively pulled by librarians — out of fear of community protest or concern for their jobs — and challenges never reported by libraries are not included.

According to FOX5 DC, the issue of book banning has been a big topic recently in the D.C. area. A Fairfax County parent spoke out in September 2021 about the books "Lawn Boy" and "Gender Queer" claiming that the books contained inappropriate material.

Arlington Public Library in Virginia is taking steps to raise awareness on some books challenged by hosting a weeklong event called "Wake Up & Read" starting April 10.

In Florida recently, Gov. Ron DeSantis criticized "Gender Queer" and "Lawn Boy" upon signing a law that would force elementary schools to provide a searchable list of every book available in their libraries or used in instruction and allow parents, DeSantis said, "to blow the whistle."

The library association defines a "challenge" as a "formal, written complaint filed with a library or school requesting that materials be removed because of content or appropriateness." The ALA doesn't keep a precise figure for how many books have actually been removed, but cases have come up routinely over the past year. Last December, a school district in San Antonio, Texas, pulled hundreds of library books to "ensure they did not have any obscene or vulgar material in them."

FOX5 DC and the Associated Press contributed to this story. This story was reported from Washington, D.C.