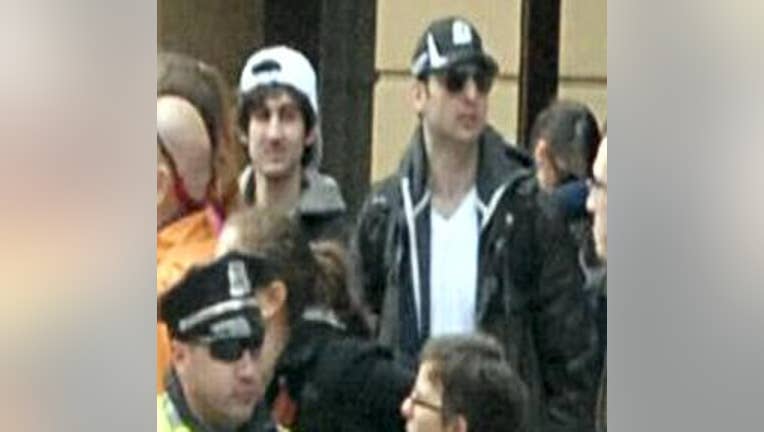 MOSCOW -- Reports that two young Chechens were suspects in the deadly explosions this week in Boston were met Friday with anger, denial and surprise by their father and officials from Chechnya and the neighboring Dagestan in southern Russia.


Anzor Tsarnaev, an ethnic Chechen and the father of suspects Tamerlan and Dzhokhar Tsarnaev, refused to believe his sons had anything to do with the terror attack.

Boston authorities have reported that Tamerlan, 26, was slain in an overnight gun battle with police and Dzhokhar, 19, remains on the run.

“I will never believe my boys could have done such a terrible thing,” he said in a telephone interview from Makhachkala, the capital of the Dagestan region. “I have no doubt they were set up.”

“My older son is killed and now they are after my little boy,” he said. “It is a provocation of the special services who went after them because my sons are Muslims and don’t have anyone in America to protect them.”

He argued that his sons didn’t know how to handle firearms, let alone explosives.

The Tsarnaev family moved to Makhachkala from the former Soviet republic of Kyrgyzstan, where they had sought refuge from violence in Chechnya in the mid-1990s, a Dagestan official said.

“They lived in Makhachkala for a very brief period and then they went abroad and settled in America,” Rasul Temirbayev, spokesman for the Investigative Committee of Dagestan, said in a phone interview. “We have nothing in our records to indicate that the brothers had any connection with underground cells. They were very young boys when they lived here.”

Officials in Makhachkala School No. 1 confirmed to Interfax that the two brothers and their two sisters studied in that school for four months in 1999.

“Both brothers and two sisters, Bella and Amina, then went abroad and their father and mother stayed here,” Timur Dzhafarov, Interfax correspondent in Dagestan, said in a phone interview. “Their father is a Chechen but their mother is Avarian," one of Dagestan's numerous ethnicities.

“No one in Chechnya knows anything about this family,” Lyoma Gudayev, deputy information minister, said in a phone interview. “But if these kids are really Chechens it is very unlikely that they could travel all the way around the world to explode something in the United States. It sounds like science fiction to me.”

“The West keeps thinking that we are a troubled republic but the war is long over for us down here,” he added.

Chechnya, a primarily Muslim region, was the site of two wars of independence, from 1994 until 1995 and again in 1999. The latter rebellion was put down by Russian forces and the republic has been ruled by Kremlin loyalists ever since.

The violent Islamic movements spread to the neighboring republics of Dagestan and Ingushetia, which continue to see attacks on government forces and police.