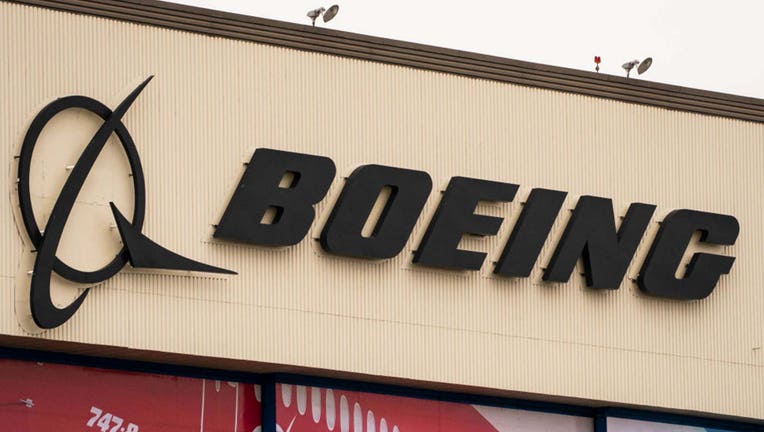 FILE - A sign on the exterior of Boeing's airplane production facility is shown.

Boeing Co. reported a smaller second-quarter profit that fell short of Wall Street expectations as its defense business weakened and it remained unable to deliver any of its 787 Dreamliner planes.

The giant aircraft manufacturer reported a profit of $193 million Wednesday, down 67% from the second quarter of last year, on a 2% drop in revenue.

Boeing generated more cash in the first quarter by delivering more planes than it has since the start of the pandemic, and it sold more services to airlines and other airplane operators.

However, Boeing remained unable to deliver one of its best-selling planes, the 787, while regulators review steps the company is taking to eliminate production problems.

Boeing is also faced with the threat of a strike Monday by about 2,500 workers at three of its defense plants in Missouri and Illinois. The machinists’ union is asking for increases in wages and retirement benefits after, it says, Boeing took away a pension plan.

CEO David Calhoun said on CNBC that Boeing will continue to talk to the union and that a strike would delay deliveries to the Pentagon, although he did not give details.

Revenue from Boeing’s normally steady defense business fell 10% in the second quarter compared with a year earlier, and the company took charges totaling $240 million for an unmanned refueling plane being developed for the Navy and its Starliner spacecraft, which is designed to ferry crews to the International Space Station.

A Boeing spokesman said the charge for the Starliner was unrelated to the announcement Tuesday by Russia’s top space official that his country will pull out of the ISS program after 2024 and build its own orbiting station.

Calhoun, who became CEO as Boeing’s financial situation worsened following two deadly of Max jets, said the results showed that "we are building momentum in our turnaround" while acknowledging that "it has been a long road."

In a note to employees, Calhoun highlighted an increase in the number of 737 Max jets rolling off the assembly line — 31 a month, although that figure could fluctuate. He also said Boeing "is in the final stages" of working with the Federal Aviation Administration to resume deliveries of the larger, two-aisle 787.

Second-quarter net income was $160 million, but the gain attributable to shareholders was $193 million. That was down from $587 million a year earlier.

Excluding adjustments for retirement plan expenses and other special items, the company lost 37 cents per share. Analysts expected an adjusted loss of 13 cents per share, according to FactSet.

Total revenue slipped 2% to $16.68 billion, falling short of Wall Street’s forecast of $17.57 billion, despite an increase in airliner deliveries to 121 planes from 79 a year earlier. Boeing gets much of the purchase price upon delivery.

Shares of Boeing, based in Arlington, Virginia, rose 3% in morning trading Wednesday.