EVERETT -- The International Association of Machinists (IAM) lined up Wednesday to take a historic vote on a new eight-year contract extension with Boeing.

According to many of the union's 31,000 members, the new contract would cut pensions and increase healthcare costs, even though it comes with a signing bonus. 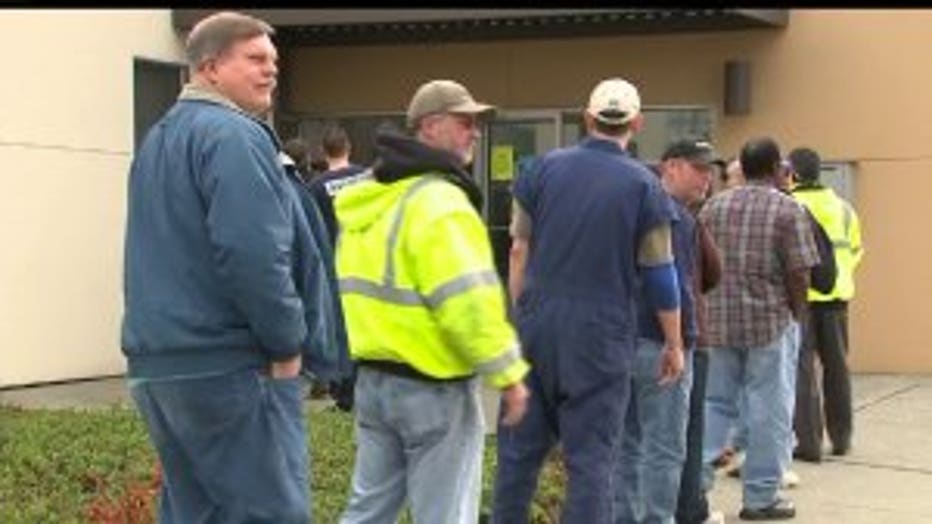 Machinists began showing up at their Union Halls early Wednesday Morning. Voting began at 5 a.m. and goes until 6 p.m. in the evening.  The vote would directly effect whether Boeing will build its new 777X in the Puget Sound or possibly go elsewhere.

Boeing officials have previously said that it would move the production of the airplane out of state if members vote no.

On Monday, Governor Jay Inslee signed a bill into law that gives billions in tax breaks for Boeing;  a move to sweeten the deal for the company to produce the new 777X here.

The production of this new, efficient aircraft would secure at leaf 56,000 jobs and more than two decades of work, analysts have projected.